Who Gets to Pick Georgia’s Next Senators? It Might Be Up to Young People (But Only If They Show Up) 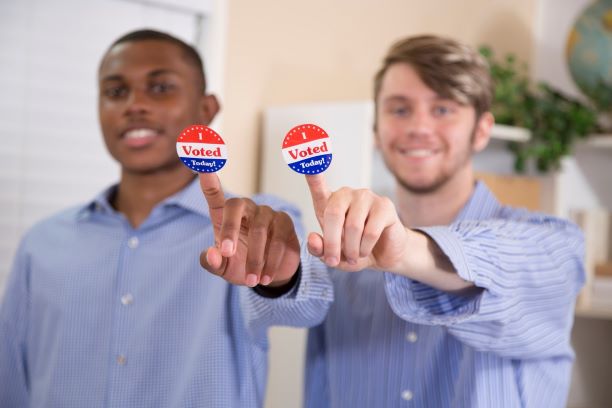 As the country gears up for a double runoff Senate election in Georgia, here’s a quick look at what could be one of the major deciding factors in the January 5 runoff. That factor is the youth vote, that cohort of 18-29 year-olds that arguably tipped the scales in Georgia during the 2020 Presidential Election and could possibly do the same in January for Georgia’s two Senators in January.

Understanding the youth factor in any election is complicated, and the youth vote in the United States has always been an elusive prize for politicians. Eligible young voters make up approximately 20 percent of the electorate – definitely a tide-turning quantity – but the inconsistent frequency in which they vote has made them a complex group to understand. As campaign after campaign has learned the hard way, turning out young people for rallies and voter registration drives doesn’t necessarily translate into votes at the polls.

This isn’t just a matter of the fecklessness of youth. Young people have geographic mobility that can become a barrier to successful voting. Many young people move away to college, take a new job in another state, or join the Armed Forces right around the time they gain the right to vote. In addition to the general disruption that moving causes, the rules for eligibility change from state to state, and how registration worked back home doesn’t necessarily work in a new state. Students have a particularly complex burden: as we recently discussed, how a student votes if she is living in one state but has her permanent residence in another is a complicated question that needs careful research (pro hint: click on this link to see how to vote in Georgia). All too often the research isn’t done until it’s too late, and another eligible vote is lost.

So, with all eyes on Georgia, let’s analyze what happened in the Presidential election and what that portends for January’s Senate race. The youth vote in Georgia was noteworthy insofar as they made up 21 percent of the total votes cast, approximately one million votes, according to the Center for Information and Research on Civic Learning and Engagement (CIRCLE) at Tufts University.  As there are approximately 1.5 million eligible voters in this age group in Georgia, it’s an impressive number any way you look at it. With approximately 66 percent of eligible youth voters casting a ballot in the Peach State in November, the Georgia youth vote was consistent with national averages for all voters across the country in this high-turnout election.

And there’s room for more votes to be cast – 50 percent more, to be precise. Let’s be honest, reaching 100 percent is pretty much impossible, but over in Minnesota the turnout of eligible voters this November was whopping 80.7 percent. If Georgia hit that percent in January there would be another 200,00 youth votes – potentially enough to have a real impact on who represents Georgia in the Senate next year.

According to CIRCLE, those youth voters had a significant impact in the recent election: 57 percent went for Joe Biden, whereas 39 percent voted for Donald Trump. Among Black youth voters, the turnout was even more dramatic: 90 percent for Biden, 8 percent for Trump. The contrast with white voters, who make up approximately two-thirds of the state, was noteworthy: 62 percent of white youth cast a ballot for Trump vs. 34 percent for Biden. With the total margin in the Presidential race a matter of a less than 20,000 votes (as of this writing, and before the promised recount has even started) the overall youth margin was a significant factor in pushing the total vote in Biden’s favor.

So if an extra 200,000 youth votes are cast in January, and they split in the same percentage as the youth vote did in November, there could be another 114,000 votes for the Democrats and 86,000 more votes for the Republicans. Enough votes to push the Democratic Senate candidates into the winners circle? Or enough to keep the margin of votes in favor of the Republicans?  While the race for President was close, the two Senate races each had another candidate in a three-way race that make it hard to know what would happen when there are only two choices on the ballot, so it’s not a given either way.

Regardless of which way the vote goes, the final result in January will depend largely on the overall turnout. Off-cycle elections tend to have much lower turnouts, often 30 percent or less of eligible voters show up when the election doesn’t include voting for President.

However, there’s some good reasons why we shouldn’t expect this to be like any other off-cycle race. With control of the Senate on the line, following a very close and contentious Presidential race, the focus on getting out the vote on all sides will be intense. It would be unusual to have a similarly large turnout come January 5, but in this most unusual year we shouldn’t be surprised if some of 2020’s unpredictability spills over into 2021.

In fact, you can probably count on it.