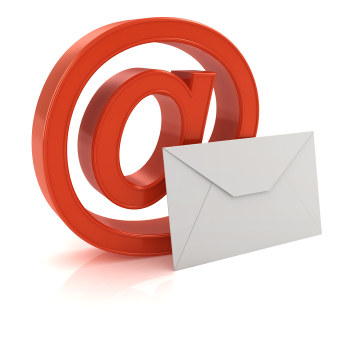 As the number of confirmed COVID-19 cases increase across the country, lawmakers are scrambling to provide voters safe and effective means to cast their ballots in the 2020 primaries

A quick internet search for “safety and elections” yields page after page of articles on cybersecurity, foreign agents and congressional investigations. The past weeks have, however, brought to light a new vulnerability of our election infrastructure – something far less sinister but more terrifying, and in many ways more difficult to defeat.

Coronavirus, or COVID-19 has already affected state and local elections, as well as the 2020 presidential preference primary contests. It has changed and will continue to change, in some ways maybe forever, our approach to voting in the US. In response, election officials and lawmakers across states have resorted to a number of policy options and practices to try and ensure a safe environment for voters and the workers who make elections happen.

This article looks at what these options currently are, and what steps are likely yet to come.

The most straightforward policy available to lawmakers seems to be to simply postpone the election date. Beginning with Louisiana’s decision to postpone its April 4 primary, some twelve states and Puerto Rico have now delayed presidential and congressional primaries. That number will only continue to grow, with delegate-rich states like Pennsylvania and New York also contemplating postponing their April primaries.

Of course, there is nothing “straightforward” about “simply” postponing an election date – all deadlines must be adjusted, materials reprinted with new dates, the workforce rescheduled, and facilities procured. In many cases new resources are required as election administrations’ needs change – for example, to deal with the increased volume of mail ballots.

Most states have settled on June 2 as the new primary date, which is quickly becoming a second “Super Tuesday” – incidentally, the last Tuesday before the Democratic National Committee’s June 9 deadline for state nominating conventions. While no state has gone so far as to cancel a primary as a result of the crisis, some local elections have been cancelled or moved back to coincide with the November general election.

The other policy option open to state and local leaders is to increase the use of mail or absentee balloting. Washington, Oregon, Colorado, and beginning this year Hawaii, already have mail-only primary and general elections, while several other states run certain elections by mail (usually local elections or special districts such as school boards, water authorities, etc.).

Democrats in Congress are pushing for nationwide access to voting by mail and early voting in time for the November general election. Meanwhile, states are taking the matter into their own hands. This week Nevada and Ohio announced their June primaries would be mail-only elections, while Rhode Island has declared that its primary, already postponed to June 2, will be held predominantly by mail. Maryland and California also announced that special elections to fill vacant congressional seats would be conducted entirely with mail ballots.

Moving to a mail-only election is not easy. State statutes often require voting to take place in person, or by certain means such as via voting machines. Other rules are designed to protect voters, for example, preventing the last-minute changing or consolidation of polling stations.  While some states have issued emergency decrees to override some of these restrictions, others are being more creative to try to promote mail ballots and limit the need for in-person voting on Election Day.

One example of such creativity is to allow more voters to be eligible to vote “absentee”. About a third of all states currently require a voter to request an absentee ballot for a specific reason, such as a work obligation, travel, or medical issue. Virginia, a state that requires such a reason, will allow all voters to use the excuse “2A” for “my disability or illness” to secure an absentee ballot. Officials in a number of other states, including Alabama, West Virginia, Delaware, Connecticut and others are also interpreting rules on eligibility for absentee voting to include health concerns and social distancing. More are likely to do so.

Voting will still take place at polling stations across many states on the (eventual) primary election day. To make this happen, county and state officials find themselves confronted with a number of new or increased challenges stemming from the current health crisis.

Counties across the US are struggling with the recruitment and replacement of poll workers – the majority of whom are in the age groups most vulnerable to COVID-19. Officials have been forced to relocate polling sites for the new Election Day, often moving them out of assisted living homes and senior centers. Curbside voting, a practice used to help the elderly or persons with a disability to vote from their vehicle at a drive-by location, is also being expanded for health and social distancing reasons. Counties are also providing additional “drop box” locations to return voted ballots. Each of these measures must also be communicated to voters.

Authorities are implementing plans to stock polling places with disinfectant, gloves and hand sanitizer, as well as additional pens for marking ballots. There will be an added emphasis on queue management within polling places, and lines with safe distancing rigorously enforced. Poll worker training is also changing to embrace the new focus on hygiene and safety.

The days, weeks and months ahead

Expect more primaries to be delayed until June, potentially later. These additional delays might be minimized if states can encourage and provide voters means to vote by mail. We may even see a “second round” of postponements – the Puerto Rico primary and Georgia primary rescheduled for April 26 and May 9, respectively, are fast approaching while the spread of coronavirus has yet to peak.

All-mail elections and options to vote by mail in 2020 will continue to grow. More states will interpret legislation in a way to remove current restrictions on absentee voting and undertake measures to facilitate its use, such as mailing out applications to all voters, paying for return postage on voted ballots and establishing additional drop box sites. This trend will continue through the November general election.

The deluge of returned, voted ballots by mail in 2020 will put a burden on election administrations. States that moved to “no excuse” voting in recent elections have experienced difficulties adjusting. And these states and counties had time to prepare. The last-minute introduction of large-scale, by-mail voting will be challenging even for the most prepared officials.

Expect a sizeable number of rejected mail ballots; even larger than usual. This will be the first time many voters cast an absentee or mail ballot, and like any new election process this demands sufficient voter education. Absentee ballots are often rejected for ineligible signatures, missing witness signatures, missed deadlines or other procedural problems. Despite best efforts of election officials there is simply now too little time to inform and educate voters fully on vote by mail requirements.

Queues on Election Day could potentially be very long, yet more orderly, than what we are accustomed to if social distancing is maintained – particularly for elections taking place in the next few weeks. Reductions in the number of polling places and poll workers could also increase wait times, while low turnout and a lot of advance voting may have the opposite effect. Procedural changes are likely as well, like waiving the requirement for the voter to sign a pollbook, or election officials who refuse to “handle” voter IDs.

Results may take longer than what we are used to, as counties adopt practices and equipment to count large numbers of centrally collected ballots. Also, depending on the state, the absentee ballot return deadline can be up to two weeks after Election Day. If there are high numbers of these ballots, it may be too early to call some contests based on election day preliminary results.

Expect many court challenges to come out of all these changes to voting policies and practices. Several challenges have already been filed in response to the emergency actions taken by governors and secretaries of state.

As election officials scramble to make voting happen over the next few months, voters may feel inconvenienced by changing election dates and new rules for casting ballots in 2020. However, they can take away a few positives from all of this.

Much of the electorates’ experiences with voting by mail will be irrevocably changed as a result of the coronavirus pandemic. The use of, and demand for, absentee voting options will increase in many states, and likely never return to the levels of today. We can also expect to see, in the future, both state and federal legislative initiatives to make “no excuse” absentee voting, and all-mail elections permanent.

Some of these initiatives may also be backed by federal funds. While details are not finalized, the stimulus package currently being ironed out between the Senate and House lawmakers is likely to contain some provision for helping states and county election offices cope with the consequences of COVID-19, including through easier access to absentee voting.

Ultimately, voting across states will become easier and more convenient, and more citizens will be enfranchised. This would be a good thing.

Gavin Weise is currently US Vote's Election Data Manager and a consultant on elections and democracy for the United Nations, Organization for Security and Cooperation in Europe, US Agency for International Development and other organizations.