Consensus Reached on Recommendations Toward the Future of Internet Voting 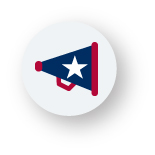 July 10, 2015 – Today’s release of The Future of Voting: End-to-End Verifiable Internet Voting Specification and Feasibility Assessment Study by U.S. Vote Foundation establishes a new reference for the security, usability and transparency requirements essential to the U.S. in any consideration of Internet voting for public elections. The announcement was made at the Annual Summer Conference of the National Association of Secretaries of State, hosted this year in Portland, Maine.

Developed by a team of the nation’s leading experts in election integrity, election administration, high-assurance systems engineering, and cryptography, the report starts from the premise that public elections in the U.S. are a matter of national security. The authors assert that Internet voting systems must be transparent and designed to run in a manner that embraces the constructs of end-to-end verifiability – a property missing from existing Internet voting systems.

An end-to-end verifiable (E2E-V) voting system allows voters to 1) check that the system recorded their votes correctly; 2) check that the system included their votes in the final tally; 3) count the recorded votes and double-check the announced outcome of the election.  An Internet voting system that is end-to-end verifiable is an E2E-VIV system. The new set of system specifications that could eventually lead to a model E2E-VIV system includes an ideal cryptographic foundation, security, audit, and usability considerations, as well as technical approaches to the system architecture.

As election technology evolves and more states evaluate Internet voting, caution on compromises to integrity and security is warranted, and according to the report, should be particularly avoided by the  premature deployment of Internet voting. The report aims to list the security challenges that exist with Internet voting and emphasizes that research should continue as the threat landscape continues to shift. Existing proprietary systems that meet only a subset of the requirements cannot be considered secure enough for use in the U.S.

Key recommendations in the report to make Internet voting more secure and transparent include:

Susan Dzieduszycka-Suinat, President and CEO, U.S. Vote Foundation
“I’m proud of this team and their willingness to work together on defining the challenge of Internet voting in hardcore technical terms. Although it is not certain that a system meeting all of these requirements can be developed, or even that vendors who might claim to do so will stand their systems up to testing and certification, it is a path forward. Knowing how Americans love challenge, I have no doubt that these recommendations act as a catalyst to an exciting new phase of research and development.”

Adam Ambrogi, Program Director, Responsive Politics, The Democracy Fund
“As Americans come to rely more and more on technology to participate in civic life and engage with government, we must be adequately prepared to make voting secure and accessible on Internet-enabled devices. The security of our election systems is essential to maintaining public trust in our political system, and a real debate about the feasibility of Internet voting should be open and rigorous. This effort adds an essential piece to that public debate: potential benchmarks that can be publicly vetted and discussed by expert government, industry, and nonprofit leaders. As a field, we need to openly examine and research what is really needed by voters and election officials.”

Joseph Kiniry, Principal Investigator, Galois, Inc.
“Internet voting is an incredibly interesting and difficult topic. After personally examining the correctness and security of several commercial and research Internet voting systems over the past dozen years, it has been thrilling to work constructively this past year with a team of internationally renowned researchers, advocates, and election officials on End-to-End Verifiable Internet Voting. I expect that this report will be the new touchstone for research and development in the field."

About The End-to-End Verifiable Internet Voting (E2E-VIV) Project
Examining the viability of secure, open and transparent Internet elections drove the formation of E2E-VIV project, which was led by the U.S. Vote Foundation through their Overseas Vote initiative, formerly known as Overseas Vote Foundation. The project combined the abilities, knowledge, experience and expertise of a diverse group including election officials, election integrity advocates, and usability, technical, security and cryptographic experts. The technical project management, report writing and production was executed by Galois, Inc. The project was funded by the Democracy Fund, a Washington D.C.-based philanthropic organization.

ABOUT U.S. VOTE FOUNDATION
U.S. Vote Foundation (US Vote) and its initiative, Overseas Vote, are dedicated to bringing a comprehensive range of best-in-class voter services to U.S. citizens residing within the U.S., living abroad or serving in the military. US Vote’s exclusive Voter Account application supports voters’ ongoing participation in the electoral process. Through its hosted systems program, US Vote helps states, campaigns and voter outreach organizations offer their own customized online voter services. US Vote is poised to respond to the growing need for research and development of alternatives to polling place voting. U.S. Vote Foundation is a 501(c)(3) nonprofit, nonpartisan public charity incorporated in Delaware.

ABOUT THE DEMOCRACY FUND
The Democracy Fund invests in organizations working to ensure that our political system is responsive to the public and able to meet the greatest challenges facing our nation.

For additional information on the Democracy Fund, please visit www.democracyfund.org