Get Your Voting & Election Information All in One Place Using Your Voter Account! Learn More

The Jerusalem Post, Metro: Making a statement for democracy

The importance – and ease – of casting your ballot in American federal elections from overseas.

"Ballots are stronger than bullets” was a phrase used by Abraham Lincoln, the 16th president of the US, several times in speeches. Even though he led his country through the Civil War, a period of turbulence and bloodshed, he never lost sight of the democratic ideal.

This November, 151 years later, American citizens of the US will go to the polls to elect a new president and use the power of their ballots to make a statement for democracy. 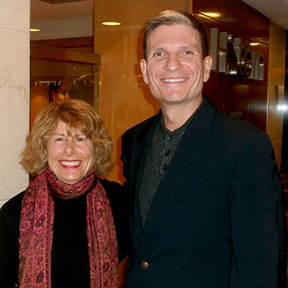 As of 2010, the US was one of the 115 countries in the world to allow its citizens over the age of 18 who live outside the country the right to vote.


Many of the countries that allow for overseas voting have stipulations as to how many years a citizen can be absent from his native land or other limits, but the United States does not.

The US law is that overseas voting rights apply only to federal elections (for president, Congress and Senate), and all it takes is for the US citizen to supply his last address of residence in the US before he left the country.

Susan Dzieduszycka-Suinat, CEO of the US Vote Foundation and Overseas Vote Foundation, explains: “The idea that it is difficult to vote from abroad – especially from a country like Israel, which has such good infrastructure – is an outdated notion. Voting from overseas is convenient, even more so than within the US. There is only one form to complete [found on the website], and it is for simultaneous voter registration and absentee ballot request.

“Voters can fill out and send their voter registration request online, and request their ballots to arrive by post or by email,” she continues. “Ballots are sent out to voters starting six full weeks prior to the election. Some states allow online ballot return, others require by post or fax. Regardless, there is plenty of time to complete the process – if the voter does not wait until the last minute to make his or her request.

“Also,” notes Dzieduszycka-Suinat, “it is a myth that in order to vote, overseas voters need a current address or must own property in the US. They do not. All they need to know and supply is their last US address, or that of their US parent, if they are US citizens living abroad. US overseas voting is streamlined and efficient.”

Then why don’t more US citizens, whether or not they live overseas, vote? In the last US federal election in 2012, only 57 percent of US citizens living within the US voted. Among those living overseas, approximately 30% of US citizens over the age of 18 cast their ballots.

“I would like to see that number rise to 50% in this year’s election,” says Andee Goldman, a nonpartisan volunteer vote enlister working with the English- speaking community in Israel. She has a blog on The Times of Israel and a Facebook page devoted to overseas voting.

Since we have the right to vote,” Goldman stresses, “we should use it,” adding that she is passionate about voting from overseas, because it adds a new dynamic to a person’s life.

“My grandmother came to the US in 1908 from Russia,” recounts Goldman.

“She was a suffragette, and I remember her speaking about the privilege of exercising one’s vote. My own parents used to discuss their choice of candidates at home; I grew up in an environment supportive of voting.”

However, she says that she realizes that not everyone came from that background, and that US citizens living abroad have many misconceptions about overseas voting. These include the need to get your ballot notarized (“states post their regulations for overseas voting. Check with your state online”); having to go to the American Embassy (“not necessary”); ballots are costly to send by mail (“many states have email ballots and voting”); and that voting from overseas is time-consuming (“it isn’t”).

Having made aliya 10 years ago from Nevada, Goldman keeps up with state politics, and met with Rep. Dr. Joe Heck (R-Nevada) when he and his wife recently visited Israel on a tour sponsored by the American Israel Public Affairs Committee.

Heck is running in the 2016 election, to replace retiring Sen. Harry Reid.

In answer to Metro’s query about the significance of the overseas vote, he responded by emphasizing that if you are a US citizen, you have a say in choosing the country’s elected officials.

“It is your right,” he states. “US foreign policy, particularly with respect to the Middle East, has a significant impact on Israel and American citizens who live there. I encourage all Americans, including expats, to exercise their right to make their voices heard.”

Dzieduszycka-Suinat corroborates Heck’s statement. “It is absolutely key that US citizens overseas exercise their right to vote. We are an important voice that should be included in the decision of who our leaders are. We have an important perspective to bring to our home country through our votes. And, as citizens, it is our civic duty. Giving up the opportunity to weigh in on the leaders whose decisions affect our lives is pure negligence.”

She points out that there are rules in every election. “The results must be checked and certified; every jurisdiction (city, state, county, nation) has to complete this process of official closing. It is election administration jargon to say to ‘close an election.’ There is a process. You cannot just say that ‘it’s done, we know the winner.’ No. All ballots must be counted, recorded and the results documented.

Any election can be called into question, at any level. The results have to hold up in a recount, should there be one. There can be no uncounted ballots – that is against the law.

“Our elections very often see razor- thin [margins],” Dzieduszycka-Suinat says. “Greater overseas participation remains a wild card that can swing elections. Our ballots are always, by law, counted and included in the final election results at the time it is closed/certified.

It is an old myth that they would not be counted.”

She continues: “Overseas ballots are counted in the election jurisdiction that corresponds with the voter’s last residence address before the voter moved overseas. That is their ‘voting residence address.’ The voter does not need to own property or receive mail there.

This address, from which they moved, is within an election jurisdiction. That jurisdiction is where the voter sends her ballot request and her completed ballot for counting. There are nearly 8,000 of these in the US, and we maintain a list of them in our election official directory on our websites.”

DINA POZIN, aged 90-plus, does not need to be compelled to cast her ballot.

She has made up her own mind to vote in the 2016 US federal elections.

This will be the third time in her life she will have done so. Pozin was born in 1924 in New York City and made aliya in 1925 with her mother, who was born in England, and father, born in Belarus, when she was one-and-a-half years old.

Dina is a US citizen because, after her parents met and married in England, they moved to New York City. There her father joined the organization Achuzat Aleph New York. This was an organization that purchased land in Israel, and he bought land in what was to become the city of Ra’anana.

In 1925, they made aliya but kept in touch with family who lived in the US. Pozin visited there twice. She is a US citizen who has lived all her life in Ra’anana. An avid follower of news on the radio, she says that she decided to vote because the US is a big power in the world.

“Just listen to the news,” she says. “In all the world, things are not right, and I believe that this election is important to setting things in order.”

Although she has seen dishonest voting practices throughout her life, she believes that her vote counts. Goldman helped her register and fill out the form and sent it to the New York jurisdiction where Pozin’s parents lived. When she receives her voting ballot, Goldman will print it out and help her send it back to the US.

This brings up the matter of voter confidentiality and secrecy. How is this maintained when a ballot is sent to the US by email? This question was raised by Uzi Davidson when he heard about the rights of US citizens living abroad. Davidson, a retired businessman, was born in Israel and is very interested in the elections, even though he is not a US citizen. Dzieduszycka- Suinat replies that his question is a vitally important.

“When using email and fax for completed ballot return transmission to their election office,” she explains, “voters sign away their right to privacy/ confidentiality. Many election integrity activists are against this to the point of believing that it is possibly even against the Constitution to even propose it as an option to the voter.

“Then why are we proposing this lousy, compromised solution?” she asks.

“It is essentially impossible to guarantee security of the voted ballot if it moves over email. Even a PDF file of a scanned ballot, unless it has been password-protected (which no states insist upon), is subject to indiscernible tampering.

“The loss of vote confidentiality and exposure to security risks are presented as the trade-off to online convenience,” she says. “This is why US Vote Foundation and our initiative, Overseas Vote, recommends that voters who reside in countries where the postal service is reliable request to receive their ballots by post and return them by post.”

Another option she mentions is to receive the ballot by email, print it out and return it by post, even though it is less convenient.

Davidson thinks voting overseas, even with risk of lowering secrecy, is better than not voting at all.

“I am looking at overseas voting rights from the eyes of a non-American,” he states. “It would be a pity not to vote. I think it is a privilege for American citizens and their civic duty to make the effort and send in their vote.”