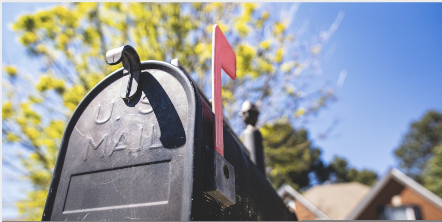 Much ado about mail voting

Why we shouldn’t fear an all-mail voting pandemic

The Wisconsin primary held earlier this month has shown us that in-person voting right now is impractical, if not downright dangerous. Mail voting, meanwhile, is offering an attractive solution to a very sticky problem – how to complete the 2020 primaries and general election without major health risks. Not surprisingly, academicians, voting advocates, and of course, politicians, have all jumped into the discourse.

For voting rights advocates, it is an unprecedented moment to push forward an important agenda issue, an opportunity to expand enfranchisement and improve turnout. Opponents of mail voting have been quick to point out the risks of voter fraud, although with underwhelming evidence. Republican candidates, including President Trump, have expressed concerns about the GOP’s chances if the electorate votes predominantly by mail. But there is again little evidence to support such a claim. According to Richard Hasen, law professor at the University of California – Irvine and author of the Election Law Blog, Republicans and Democrats alike benefit from by mail voting “Republicans have long enjoyed the convenience of vote by mail”, says Hasen. “Heavily Republican Utah uses all mail elections and regularly elects Republican legislators. Voters across the political spectrum like the option of vote by mail.”

Of course, this debate has existed for years – COVID-19 has just put it front and center. But the arguments seem to overlook the important fact that across the country, mail voting, in one form or another, has been in place for a long time. Over 50 million US voters cast their ballot this way in 2018. That never seemed to bother anyone quite as much as it does now.

Not strictly a postal affair

Dating back to the Civil War, states have maintained a variety of programs to provide ballots to voters who are unable to visit their polling place on Election Day. “Absentee” or mail voting now exists in every state, and in 34 states a person needs no qualifying reason to vote by mail.

While we traditionally conceive of voting by mail as filling out a ballot at home and sending it in the post, it is also how the voter first registers, requests a ballot, obtains and returns that ballot, and verifies that the voted ballot was counted. Such processes can, and do, happen by mail, but also by fax, email, phone, online and in person. Twenty-one states now maintain a voter “portal” where voters can request ballots online. Some states, like Maryland and Alaska, can even send ballots electronically or allow them to be completed online. As such, the vote by mail process is not as strictly “by mail” as we might think.

The variety of means available to request and cast mail ballots also underscores the need for carefully scripted and directed communication with voters on their options. As states make further changes to voting methods, this need will become even greater.

Washington, Oregon, Colorado, Utah and Hawaii currently conduct their elections predominantly by mail. A handful of states also permit counties to hold elections by mail, and nearly half of all states allow certain types of elections – typically local contests – to be run entirelyby mail. Just allowing vote by mail has also led to de-facto mail election jurisdictions, with most voters choosing to cast a ballot this way.

These states and counties took time to work out the needs of mail elections – staffing, timelines, counting equipment and voter education programs have all been conditioned around a system of mail ballots. It would be a mistake to think that others could instantly imitate these successful experiences.

Moreover, in each state different legislative actions will be required to liberalize vote by mail options. “The question of switching to mail voting is a question of state law. It depends on the state constitution and statutes in each state,” according to Hasen. These policy decisions and legislative reforms will need to happen now, if we are to both preserve the integrity of our elections and provide voters more alternatives come November.

The mother of invention

Voting by mail has evolved over time in response to the needs of the electorate across the country. This evolution will continue in 2020, with responsible lawmakers and officials making it possible for more Americans to cast mail ballots, compensating for reduced opportunities for in-person voting due to serious health risks. Rather than be afraid of something born out of necessity, we should seek to better understand and improve voting by mail, and ultimately embrace it.