Identity Crisis: What happens when nobody knows who you are anymore? 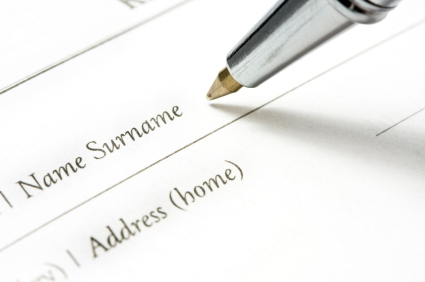 Voter ID has elbowed its way into the forefront of many a conversation about voting rights. Whether for or against, there is no shortage of opinions about how it should be implemented, and how best to get an ID into the hands of voters who may not have an “acceptable ID” to vote with at the polls on Election Day.

Mediating this discussion on the US Vote Twitter account has been a wake up call to just how disconnected many people are from the various realities that many Americans face in the pursuit of their right to vote. Yes, the vast majority of people have no trouble obtaining a government ID. However, there are few demographic groups that experience great difficulty getting one: namely, the elderly, disabled, minorities, refugees, and people not born in a hospital.

Guess what? It can happen to anyone. And I’m ready to tell you that even though I am an election official in a “Voter ID state”, I also have experienced the irritating agony of trying to prove to a government official that I was a real person. This is a true story that I can finally laugh about.

I don’t seem like I belong in the group of people who might have a nightmarish time proving their identity to the DMV. I’m a white millenial from Southern California; my mother is American (my father was not, but that’s another story). At the time, I had a valid California driver’s license, perfect driving/insurance record, and a passport I used frequently. I even served jury duty multiple times. Having my license was more about driving and flying legally than having my identity accepted. Then a series of unfortunate events occurred that led me to question my sanity, identity and ultimately, government policy on Voter ID.

After spending my life as a resident of Los Angeles, my family had the bright idea to move to Atlanta. And then, the even more hare-brained idea that my driving by myself with two toddlers and four cats would be fun. Did I mention I had just gotten over a life threatening illness and my brain hadn’t recovered yet?

The drive along the Interstate 10 went just fine. We even made it through Texas without incident. Somewhere around Little Rock, Arkansas, I realized my ID had gone missing at the motel where we were staying. (To this day, nobody has turned it in, or even bothered trying to use it if they had found it.)

I didn’t notice that my ID was missing until two weeks after I had moved to Atlanta. Of course, I was concerned, but I thought that because I could present my birth certificate, Social Security card, an old passport, tax documents and a bank statement with my new address, it shouldn’t be that hard to verify me and issue me a new Georgia driver’s license (California gives you ten days after you relocate to notify the DMV).

Somehow, I found a ride to the Department of Driver Services in Atlanta. It’s a tiny portable unit that serves hundreds of thousands of people. With my crabby toddlers in tow, I politely explained what had happened to the DDS employee and presented my documents. She told me that my ORIGINAL county-issued birth certificate with embossed county seal on it “looked fake.” California used to issue index card-sized, typed birth certificates on carbon paper. Therefore, my birth certificate could not be accepted.  One down.

Next, I was told that my Social Security card couldn’t prove my identity, only my eligibility to work. My tax documents only proved that someone with my Social Security Number had paid that money to the IRS. Then came my passport, which had been issued to me when I was 18 years old, just 4’11” and get this…had bleached hair. I was six inches taller and had embraced my natural auburn red. I looked totally different, and my passport had expired five months before this whole debacle. Two, three and four down.

Did I mention that my bank statement wasn’t a utility bill in my name? I asked how I was supposed to bring in a utility bill when I couldn’t present ID for them to inspect. Five down.

The employee called her supervisor and they informed me I needed to contact California and request my driving record and a replacement license. Only then could I trade my brand new CA license for a new GA license. I asked why they couldn’t just contact the Sacramento DMV, give them my information, and check me against the thumbprint and photo in the CA system. They informed me that was not their policy. I grit my teeth and got a ride back home.

I went online to the California DMV site to see if I could obtain a replacement license and/or my driver record. Since I didn’t have a physical license to scan, I had to print out and type out a formal written request for my record to send with a check for five dollars. (A side note, millenials aren’t really into checks.) There was no way to pay for the request online or download a copy of my DMV record. I mailed the request and check via certified mail, and thought that I would soon wake up from this nightmare.

Ha. Ha. Ha. I waited for six weeks…and although the check had been cashed, nothing arrived. Then my CA license expired after its 5-year issuance. Calling the CA DMV was three hours of my life I won’t get back. And after all that time, I was told I would need to appear IN PERSON to obtain a replacement ID. Did I mention that I was now in Atlanta with two young children? I asked how I was expected to accomplish this feat. I had no ID to present at an airport, and my license had expired so I couldn’t drive to California legally. The employee said he was sorry, but their hands were tied.

After a week of grinding my teeth and popping bubble wrap, I decided to try to explain what had happened to the GA DDS office. Someone would have to take mercy on me.  There’s nothing like a 25-minute bus ride with two increasingly manic toddlers plus an over two-hour wait with no free chairs. Each time we found a seat, my three year old would run off, I would chase him, and someone would (not very musically) take our seat.

Finally, my number was called. I handed my documentation over – this time to a different employee. She said although I couldn’t meet one hundred percent of the verification requirements; I could have a documented resident of Georgia swear by affidavit that I was who I said I was. Eight point four million people in the state of Georgia…and I knew exactly ONE person. My ex-boyfriend. He only lived two hours away with a somewhat unbalanced woman who made no secret that she hated me. But hey!

There is no greater humiliation than having to beg your ex to vouch for you. He agreed to do it, but since his license had been suspended, his girlfriend had to drive him. You can imagine how popular that made me. They stormed through the DDS office and he sheepishly signed the affidavit…as she screamed at him the whole time. And I was FINALLY ISSUED A TEMPORARY ID CARD. I asked if it was a license. “No, it is not a driver’s license,” said the nice lady, “you’ll have to take the written test and the driving exam for that.”

A decade of near perfect driving, and I had to wait two months to get a road test appointment. The DDS was located a three hours drive south. Which meant begging for yet another ride.

Yes, I cried when I passed the drivers test and driving exam. My Georgia driver’s license arrived by snail mail five weeks later.

There aren’t many people who could have realistically done what I did. The average disabled or elderly person wouldn’t have reliable transportation.... A minority college student wouldn’t have time. I was fortunate enough to have time on my hands. Plus the money for bus fare, the driving test, gas money for my ex, and my ID – none of which would be obviously available to many of America’s poor. The compassion I have for those desperately trying to obtain an acceptable ID is infinite.

When I found out there was an organization called Vote Riders that dedicates their efforts to assisting people who need ID and providing transportation to polls, I was overjoyed. Hopefully fewer people will experience being mummified in bureaucratic red tape just to vote.

Blessedly, I found myself relocating to Florida. Switching my license over was a breeze and life is good. There’s just one itty-bitty problem: I still have not received my California driver record. …And the DMV still has my 5 dollars.

Is there a lesson in all this (besides being more careful about three year olds dumping out the contents of my purse in a hotel room)? Yes, there is: people take ID for granted, and they really shouldn’t. There are a myriad of reasons that someone can’t produce identification and judging the people harshly isn’t going to fix anything. Helping someone with documents or transportation just might.