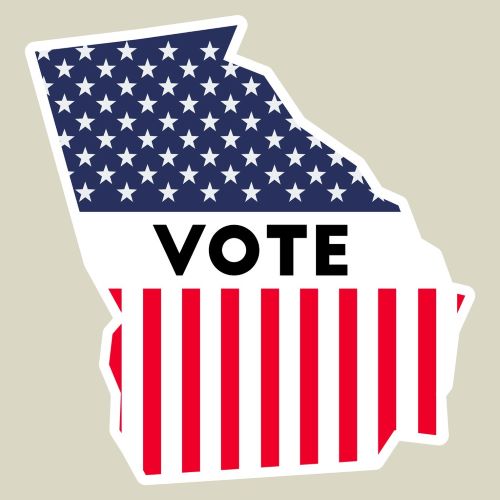 This blog has been updated for the 2022 Georgia Runoff Election.

Election 2022 has been full of surprises, and chief among them is the fact that control of the Senate was not decided until 5 days after the November 8th election. Even then, while the Democrats have secured their lead, it remains to be seen just how much of a majority they will hold for the new congressional term. This question will be settled through a runoff election in Georgia on Tuesday, December 6, 2022.

The November 8th General Election race to represent Georgia in the United State Senate failed to give either candidate a clear majority of the votes, and under state law, the lack of majority means the two candidates with the largest plurality of votes have to face each other again in a runoff election.

For this 2022 General Election, the Georgia runoff will be for one Senate seat only, and potentially some state seats - yet to be determined. (Back in 2020, it was highly unusual that both Senate seats from Georgia were up for election in the same year, and that was a double runoff which made it an even rarer occurrence.

Why Runoff Elections Began in Georgia

However, runoff elections in Georgia – and Louisiana, the only other state that requires them – are hardly a quirk limited to the 2022 election. The history of the December 6 runoff election in Georgia starts back in the 19th century when the perceived threat of newly emancipated (male) slaves actually exercising their right to vote ushered in an increasingly systematic and violent campaign of voter suppression, of which the runoff election is one manifestation.

Voter suppression is an unfortunate legacy of the South’s desperate efforts to maintain white voting majorities at all costs in the years following the Emancipation Proclamation. That cost came not just in the form of the frequent disenfranchisement of Black voters. Physical violence was also commonly perpetuated against voters of color who dared to try to vote. Indeed, violent voter suppression was so common that the term “bulldoze” first came into use in Louisiana in the 1870s, when the state was beginning its long embrace of Jim Crow laws and practices.

While relatively innocuous today, the word bulldoze back then referred to the practice of giving prospective Black voters a “dose” of the bullwhip in order to discourage them from voting. As the bullwhip is generally considered too dangerous to use extensively on a 1000-pound bull, much less a human, it’s pretty obvious what the threat of being bulldozed meant to someone trying to exercise their right to vote.

While bulldozing has ceased to be a common tool of voter suppression, the Georgia legislature has worked hard to maintain white majority rule across the board by putting into practice tactics that today would be seen as subverting the “one person, one vote” rule. Prior to the 1960s, however, “one person one vote” was neither enshrined in the Constitution nor did it exist in any law passed by Congress. Indeed, it wasn’t until the 1960’s that the Supreme Court under Chief Justice Earl Warren created the body of case law – based on precedent – that made “one person one vote” the foundation of our current voting systems.

The immediate predecessor of the current runoff process is the “county unit” system that was used in Georgia from 1917 until 1962.

While this practice was only used in primary elections, as the Democratic party controlled the entire state, the results of the primaries effectively dictated the outcome of the subsequent general elections.

One guess which race was over-represented in the population of the urban counties and which race was over-represented in the rural counties? The effect of the county unit process was the direct suppression of the state’s urban Black votes: In one typical election, three predominantly white rural counties with a total of 7000 “real” votes were given the same number of primary votes as the most populous county in the state, which had over 500,000 “real votes” and a significant Black population. That meant that each rural voter’s vote counted as 72 votes relative to every single urban vote. The result, obviously, was a pretty unbeatable margin for the rural counties.

This travesty endured until 1962 when the Supreme court finally dove into these and other similar voter suppression tactics and reaffirmed the concept of “one person, one vote.” This ended the county unit system in Georgia, ushering in the runoff election in its stead.

The origins of the runoff election process as the continuation of the blatantly racist county unit system came as the result of an effort by a number of legislators to curtail the power of “bloc voting,” a euphemism for Black voters, following the upending of the county unit system. There is little doubt that many of the proponents of the new process, such as State Representative Denmark Groover, were deeply racist and were trying to recreate the impact of the county unit voting system. Groover even said as much during a deposition in a legal case in 1984: “I was a segregationist. I was a county unit man. But if you want to establish if I was racially prejudiced, I was. If you want to establish that some of my political activity was racially motivated, it was."

Fast forward to 2022, and the runoff endures, despite its Jim Crow roots. So what does this mean in terms of the pending vote on December 6? For some, the runoff shouldn’t even be happening, which means that one of the candidates would already be the state’s next senator. For others, it means that the runoff process worked, forestalling the election of the winning candidate and allowing the challenger a second chance to prevail. For everyone regardless of where they stand on runoff elections, it means another trip to the polls – or to the dining room table to fill out an absentee ballot.

It’s clear that the main road to success passes through the number of voters who can be enticed to vote, yet again, for their choice of a senator. Thanks to an automatic voter registration process that, interestingly, came about in 2016 as the result of an administrative measure, not through legislation, there are currently some 7.7 million registered voters out of approximately 8 million eligible voters in Georgia. With “only” 5 million votes cast in the recent Presidential election, a record nonetheless, this leaves a huge swath of some 3 million additional voters for the candidates to try to entice to vote in the runoff.

Registered voters are all set for the runoff, though if you didn’t vote in November, make sure your registration is current by clicking on the state’s My Voter Page. The deadline for new voters to register for the Dec 6 runoff already passed on November 7. For those who voted by absentee ballot in November and wish to do so again in December, a new absentee ballot request form needs to be sent in (with exceptions for elderly, disabled, overseas, or military voters, all of whom will automatically receive a mail-in ballot for December 6 - if they previously requested a ballot for the November 8th election.) For more details and in order to keep up to date on any last-minute changes, US Vote has a comprehensive Georgia Runoff fact sheet on our website which lists all dates and deadlines.

Despite the runoff’s history as a vestige of Jim Crow Georgia, this year’s General election is widely considered to have been safe and fair. We have every reason to believe the December runoff will be safe and fair as well. As it should be.