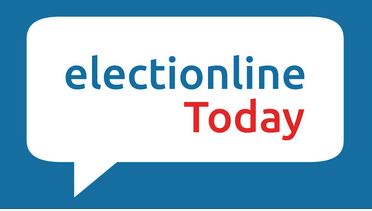 As published, January 14, 2016 on electionline.org

60 percent of local election officials involved in updates of data

In 2010, the foundation began tracking response rates to update requests that go to LEOs. In the last five years since, the response rate to the update requests doubled from 30 percent to 60 percent. This is a story of dedication in pursuit of an idea and its implementation.

Standout states in 2015 were Rhode Island and Michigan.

Rhode Island’s Deputy Directory of Elections, Rob Rock, contacted US Vote to ask how his state could reach a 100 percent participation rate for all 39 of its jurisdictions. They teamed on the timing and messaging to the LEOs and the goal was achieved.

Michigan has a dramatically larger number of jurisdictions – 1,601. Working with Tim Hanson of Michigan’s Department of State to contact the LEOs in multiple ways brought their response rate to a whopping 65 percent!

The EOD effort began 12 years ago with Overseas Vote Foundation, now Overseas Vote, an initiative of U.S. Vote Foundation (US Vote). Over time, the backend system for managing the data evolved considerably and the amount of data maintained in each record increased.

The EOD database contains the most extensive records per jurisdiction of any such data resource in the nation. Jurisdictions can list unlimited contacts, customize titles and add jurisdiction-specific information. LEOs can also update their data pro-actively at any time by visiting either foundation website, looking up their record in the EOD and clicking their specific Update link.

The foundation believes that the consistent growth of LEO engagement can be attributed to: 1) election officials know and trust US Vote; 2) the organization has been in direct communication with LEOs over considerable time, and the consistent work has brought rewards.

Jane Scheiring, the EOD data manager, states, “In 2015, we passed the tipping point. Election officials have gotten to know us and they are very responsive to our update requests. There is a lot of teamwork, and I really enjoy working with them.”

The Future Looks Bright
The EOD data has become the basis of US Vote’s Civic Data API (Application Programming Interface). The data is licensed and used by other major voting organizations, such as Rock the Vote and Long Distance Voter to bring local election contact data and addresses to the voters they serve.

It is also integrated into US Vote’s network of hosted overseas and military voter websites serving organizations like the League of Women Voters, Vote From Abroad, iVoteIsrael and many more. NASS provides a prominent link to the EOD through canivote.org.

To support improved voter services across the nation, the foundation offers states use of the EOD data and the Civic Data API at no charge.

In 2016, with grant support from The Democracy Fund, US Vote will expand the database and Civic Data API to include state voting requirements. Rock the Vote will team with US Vote to showcase an implementation of the Civic Data API using the new state data.

With support from the Knight Foundation Prototype Fund, an additional expansion of the Civic Data API is currently undergoing an R&D phase to determine whether these same crowdsourcing methods can be used to develop and maintain a nationwide data source for local/municipal election dates and deadlines. With approximately 90,000 municipalities across the US, this will take the concepts to a new level.

US Vote looks forward to more voter organizations, data projects, states and voting agencies using the Civic Data API over the coming election year. Collaboration will consolidate efforts and improve the data, which in turn, serves voters and the greater election community.