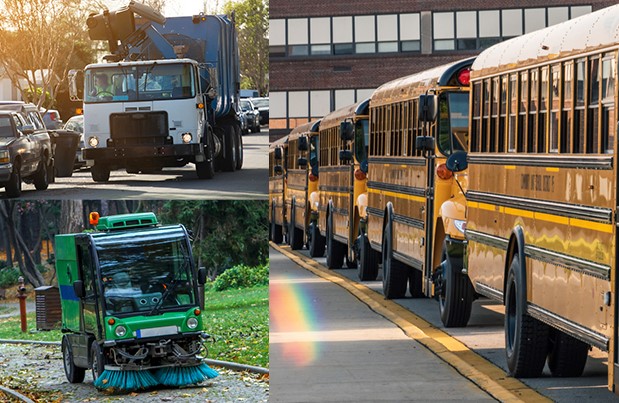 It’s Not Just About the White House: Down-ballot Voting is Important Too

While record numbers of voters are planning to cast a ballot this November – or are doing so right now, depending on the availability of early voting and mail-in balloting in your state – a troubling question is starting to emerge: will these voters, many of them first time voters, vote for more than who they want to see sitting in the White House come January 20?

The issue of a lack of “down-ballot voting,” as it is called, is hardly new. In a typical presidential election year, when barely 50 percent of eligible voters cast a ballot, a third or more of those voting don’t bother to fill out the entire ballot. While this will be by almost any measure a very atypical election, the question remains whether that same 30 percent of ballots will be about only one race and none other.

The good news is that voters don’t have to vote for everything on the ballot in order for the votes they do cast to be valid. Which is how it should be. But the bad news is that not voting down-ballot for state and local representatives and not voting on local issues – school bonds and referenda and funding for police and social services – means wasting an opportunity to have the broadest impact possible.

And that impact actually extends all the way back up the ballot as well. Not voting locally doesn’t just leave important issues up to a small minority of eligible voters, it can have a huge impact on future national elections in ways that may not seem obvious at first. Which is why we’re here to encourage you to fill out a much of that ballot as possible.

Here’s our top three reasons to fill out that ballot from top to bottom:

Government has a greater impact locally than nationally. With the notable exception of the US Postal Service, the average citizen can go through an average day not having any real interactions with the Federal government or any of its three branches. We certainly we live in a world of laws and regulations that are federal and not state or local, but how often do most of us interact with someone who draws a Federal paycheck? In most of our day to day lives, the Federal government is more in the background than the foreground.

Local government is the crucible of the state and federal government leadership of tomorrow. National leaders usually don’t grow on trees, they most often move up the ranks from local to state to national politics by virtue of a simple calculus: they can attract voters. State and national party leaders need to know that these local candidates can connect with local voters, and that means local voters have to actually vote for their local leadership. That local election winner of today could be your senator of tomorrow. So anyone who doesn’t like the leadership at the top has an obligation to vote for the leaders of the future, and that means voting local first and foremost.

Local is where consensus starts. While the national discourse at the top of the ticket is unfortunately highly partisan and at times downright unpleasant, local elections are where citizens can come together on a variety of issues that fundamentally transcend partisanship. Polarization does happen locally as well, and certainly there are no shortage of tough issues that can be come as heated at the local level as they do at the national level. But by and large voting local means voting alongside your neighbors about a range of issues that are usually easier to build consensus around than some of the “big” issues on the national scene: Safe streets, good schools, access to parks and outdoor recreation, among others, are all issues that more often than not transcend national partisanship and bring together voters who might disagree about a presidential candidate but will agree on an important local issue, and do so willingly.

Now just do it. We know voting local is complicated, and there will always be issues and individuals on the ballot that are complete unknowns. So it does take some work – sorry, there’s no such thing as a self-service democracy. The word means “rule by the people,” and the people is all of us. So here’s what can you the people do:

Convening a (socially distanced) ballot party among your friends is a good way to cut through the complexity and figure out a plan to vote on as much of the ballot as possible. Our latest partner, the League of Women Voters, as well as Ballotpedia, have a ton of information on local voting issues. And there are certainly local resources you can draw on: your local newspaper or news website, or an advocacy organization that supports issues that are important to you, can all be excellent sources of what’s on the local ballot. And of course your state and local voting officials will have undoubtedly sent you a ballot guide, if not already than any day now. While they’re sometimes a little dense to get through, in theory there should be a lot of information in your guide to help make an informed choice.

Every citizen is a voter – our motto – isn’t just about voting for president. Our duty as citizens means voting for democracy at all levels. Give it a try, we’re pretty sure you’ll be happy with the results. And if you’re not, well, there’s always the next election, and the next one, and the next one…..