Tales from the US Vote Help Desk: Meet The Volunteers 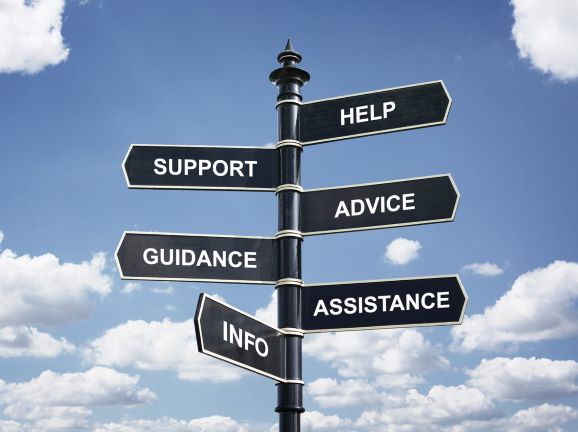 Voting should be simple. It should be easy and efficient. It should allow any eligible citizen to claim their right to vote without difficulty.

It is not. Voting in the US is complicated, especially due to state-by-state differences that make it hard to participate in the most basic democratic process.

Now, as a result of the coronavirus pandemic, voters who would normally go to the polls on Election Day are seeking out other options. And that can be overwhelming.

No one knows this better than the people who answer voters’ questions and help guide them through the process. Meet Gabe and Pam, staffers on the U.S. Vote Foundation and their Overseas Vote help desks.

Gabe began working for U.S. Vote Foundation in 2020, focusing mainly on research regarding state-by-state student voting policies, writing blog posts, and drafting news posts for social media. However, in the run-up to the 2020 Presidential Election, he finds himself spending two to three hours a day both during the week and on the weekends working on the domestic Voter Help Desk.

Similarly, Pam has been busy on the overseas Voter Help Desk. She and her colleague, Paul, both spend multiple hours a day answering voters’ questions. “Paul and I are in different time zones so we each wake to a full inbox,” she says.

Such a major time commitment is necessary only in election years. However, this year, with so many new and daunting factors to take into consideration, voters are especially concerned. “Most voters are fretting about when their states are sending out ballots or what options they have as voters for receiving and returning their ballots,” Gabe says. “A lot of questions revolve around voters' personal situations, like voting while moving, voting after a natural disaster, or voting while at college.”

This is true for overseas voters as well. Voters often ask whether they have the option to vote online, or which address to use if they no longer live in, or have never lived in, the US.

Sometimes, however, even seasoned help desk staff can’t solve the physical logistics that confront some voters. Pam, who has been working on Overseas Vote’s help desk since 2012, once received an email from an unregistered voter abroad on Election Day (or Election Night where he was living), asking whether it was too late to vote. Simple answer: Unfortunately, yes. These are the hardest questions for the team to answer because they know the answer would have been different if the voter had sent it a few weeks earlier.

Gabe has also received his share of strange questions. “One man speculated that certain people are attempting to print and distribute ‘3 million ballots in his neighborhood,’” Gabe says, explaining that paranoid conjectures such as these often seem ridiculous, but still need to be taken seriously. “It’s always important to reassure them that the voting process is safe and secure this election,” he states.

Still, working on the help desk is rewarding too. “It makes me feel very useful to help people vote,” Pam says. Gabe adds that he loves having direct contact to voters across the US. “It dually makes me feel both empowered and empowering, as I listen and respond to the essential questions that voters face.” Pam has even heard back from voters whom she assisted, telling her that their ballots arrived or that they got a response from their election officials.

And everyone who works on the help desk has had some memorable experiences. “I had a man living in Japan write a long angry letter about how ridiculous it was that we didn't have the capability [to vote online],” Pam says. “I responded with the results of a recent online voting trial that had invited college teams to hack their system. The University of Michigan team hacked it in 30 minutes and reprogrammed the system to play ‘Hail to the Victors.’” The man actually wrote Pam back, telling her he had shared the story with his office and the other employees from Michigan had eaten it up. “I loved that experience because he really read my response to him. He was so gracious in his reply and I appreciated that he shared his colleagues' reaction with me,” Pam says. “Being a big Michigan fan, I loved that there were multiple Michigan people in his office in Japan.  It was a really great back and forth.”

Some voters also inquire about their eligibility to vote after having received felony convictions and served their prison sentences in the past. “Unfortunately, many states permanently disenfranchise these people who seek to engage in their democracy,” Gabe says. “I’ll never forget the hope I had in our democratic process when one voter simply asked if she was eligible to vote after serving her sentence over 20 years ago. I replied enthusiastically, calling her a ‘champion of our democracy.’” Although, some would argue, people who encourage others to vote and support them throughout the process like Pam and Gabe do are the true ‘champions of our democracy.’

As mentioned, this is a strange time. The uncertainty that comes with the coronavirus pandemic, the social distancing measures and the tensions surrounding this year’s election all serve to further complicate the voting process. Many voters, who under normal circumstances would have been confused, are now utterly bewildered. And that is not all. “The mail service is the biggest concern by far,” Pam says, speaking for overseas voters. “It used to be on the foreign side, now it is once the ballot gets to the US.” This is a misgiving domestic voters share thanks to the doubt surrounding the United States Postal Service. Voters living both in and outside of the US now worry about whether their ballots will arrive in time and be counted.

Gabe sums it up: “In this time of incredible stakes, the root of almost every voter’s concern is that they want to make sure their vote is counted and their voice is heard this election, because it truly will determine the future of our nation. Their concern comes out of a deep care for the democratic process.”

This post was written by Noelle Ziersch. Noelle is a U.S. citizen and high school senior living in Munich, and holds the honor of being our youngest overseas volunteer. In the words of her mother, Noelle is “too young to vote, but old enough to contribute,” as this blog post amply shows.