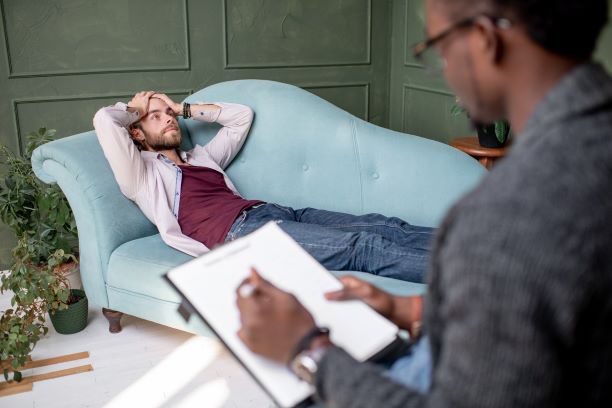 The election season is coming to a close. Can we honestly say: it’s about time? With less than a week left until Election Day, it’s probably safe to say some voter fatigue is setting in. With the pandemic as backdrop, aided and abetted by the relentless doomsday scenario-spinning that many news outlets and social media accounts are exacerbating, 2020 has been a wild ride to say the least. And to say the ride will be over on Nov. 3 would be just another piece of fake news: even if we have a solid winner shortly after Election Day, the chaotic nature of this election won’t go away for a while.

So, as the antidote to doomscrolling and handwringing, we’d like to offer a little hope and a little optimism about what lies ahead.

Our democracy is strong

Look at the voter turnout reports. As of this writing we were closing in on exceeding the total 2016 vote count six days before Election Day, and by the time you read this we’ll probably have topped that total. Which means, of course, that we will have a record turnout. That’s despite allegations of voter suppression and legislative and legal roadblocks that have been laid in front of voters in a number of key states.

What that says about Americans and their sense of what a democracy is all about is heartening. When the going got tough, really tough, tougher than maybe anything we’ve seen since World War II, we went to polls in record numbers. Sometimes it takes a lot to get this country motivated to engage in collective action, and Lord knows many of us begrudge the myriad circumstances that have led us to take to the polls in record numbers. But as a nation have risen to the call of democracy. Be proud, you have a front-row seat to history.

This election is bringing huge numbers of new voters to the polls, especially young voters

You know the story of elections in our country, right? Participation has been dismal by any reasonable standard. But 2020 is looking different, very different. The early voting and mail-in ballot results are impressive: huge numbers of first-time voters are sending in ballots and lining up to vote. And that includes that normally elusive 18-30 year old crowd. To be honest, we’ve been waiting for them to get into the democratic process en masse for quite some time. This year it’s finally happening: as of last weekend almost 800,000 young people had voted in Texas, two-thirds of whom sat out 2016. Across the country, 25 percent of early votes were cast by non-2016 voters, according a study by TargetSmart. That’s a huge win for democracy.

Our electoral system is safe

Despite claims to the contrary, we have a safe and secure electoral system, run by dedicated professionals – our local election officials and Secretaries of State – that is going to deliver a reliable, verifiable tally of this election. There may be small glitches here and there, but by every reasonable measure, in part due to the prevalence of mail-in ballots, this will be the safest, most secure election ever, even with a record setting vote. That’s it: no massive fraud, no secret ballots, no hacks. Just a good, clean election.

Before the country actually started voting – by mail or by voting early – there were concerns that it would potentially take many days or even weeks to get an accurate vote count. Due to the huge numbers of early votes that have streamed in we are optimistic that an accurate outcome could possibly be known much sooner.

It probably won’t be known on election night, but the results will be called in days, not weeks. Battleground states like Michigan and Pennsylvania, both with huge numbers of mail-in ballots that can’t be counted until Election day (in Pennsylvania mail-in ballots can’t be opened until the polls close!), are now saying they can get the tally done within three days. And a strong inkling of a reliable result may be available even soon. Our friend Charles Stewart III, director of MIT’s Election Lab, tweeted this cryptic advice a week before Election Day:

Here's my advice for watching election returns on Nov. 3. The first polls close at 6:00, with a big bunch at 7:00. Go for a long walk with your sig. other at 6. Have a long chat. Look at the stars. Come back at 9. You may be surprised.

Though surprises in 2020 have mostly been of the unwelcome kind, we think Charles means more of a pleasant surprise. We hope so.

So what should you do on Election Day and Election Eve?

Obviously, if you haven’t voted, go get in line. If you know someone who needs last minute help filling out a ballot, getting it in a drop box or to a polling place, lend a hand – though that doesn’t mean you should fill out or deliver a ballot yourself, that’s not legal in a lot of jurisdictions. But helping out with a ride or just a call to encourage people to vote is a good thing.

At which point we’re with Dr. Stewart. Take a break, have a good meal, maybe a glass of wine, go for a walk, and try as hard as you can to resist falling into the Twitter/Facebook/television chasm of doom.  We know you won’t be able to resist for long, but at least give it a try. No amount of angst and pulling out your hair will move things forward any faster. You voted, you did your part, you hopefully got a few others to vote too, and now it’s time to trust that our election officials will do the rest as fast as they can.

Oh – one more thing: We at U.S. Vote Foundation will be sending out a post-election survey on Election Day. If you get one, please fill it out. It won’t take much time and your input will help us do what we do best: provide the very best voter services to you and your fellow citizens around the world. The survey results will also help us in our other job: influencing how to make voting more efficient and voter-friendly. We can’t do that without your help.

And thanks, from the bottom of our voter’s heart: It’s been an honor to be part of your voting journey this year.