Election Chaos is a Local Issue Too 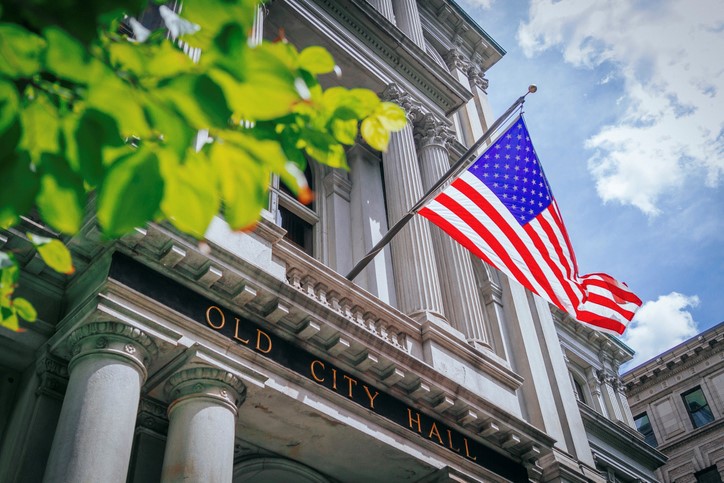 Every four years we gear up for a presidential election that consumes our collective attention like no other national event. The amount of energy – positive and negative – devoted to the primaries, the conventions, and the general election often obscures those other elections that take place on November 3.

The other elections? I’m talking about elections for city councils, school boards, transportation districts, all manner of county and state offices, referenda, and recalls: with over 90,000 (!!) different voting districts across the country, it’s no wonder that the ballots we’ll receive will be many pages long. The voter guides in some states, like my home state, California, tend to look like phone books (Ok, boomer, I’m old), confusing and poorly indexed phone books to be precise.

As we prepare for what is going to a massively complex election, one that is looking more and more like it will be a largely vote-at-home election, it’s important to remember we’re voting for a huge number of other people and issues than who will be sitting behind the Resolute Desk in the West Wing come January 20.

Which is why the prospect of a chaotic election, one that at a minimum won’t be decided until well into November, will have an enormous and potentially negative impact on our entire democracy, from top to bottom. Not only will we may truly have no clue on November 4, or 5, or even 10, who won the presidency, there are voices being raised that are, wrongfully, alleging widespread fraud is the inevitable result of a largely vote-at-home election.

Many of those voices will try to nullify the results of the election. Some are going to claim victory without justification, or just claim the whole process was illegal from start to finish. Regardless, the chances of a close election turning into a battleground for the soul of our democracy are seriously real. Which is why voters, election officials, and officeholders from all parties, districts, and walks of life must be vigilant about making sure we have a safe and secure election that ensures an orderly transfer of power in a timely fashion.

The prospect of post-election chaos will have huge impacts beyond the body politic. Even without a divisive election, the situation in November will already be pretty grim. Our economy is struggling to stabilize, and the seesaw numbers of Covid-19 infections and hospitalizations across the nation threatens to continue for the foreseeable future. With less than 90 days until November 3 we’re seeing a steady drumbeat of business bankruptcies, layoffs, and furloughs. Despite the stock market’s continued puzzling buoyancy, and in particular the almost unbelievably positive performance of many tech companies, the reality is that we’re in for a long, hard slog to recovery. One that will potentially be made worse by a problematic election that calls into question what should be an orderly transition of power.

A contested 2020 election won’t be a repeat of Florida’s hanging chad debacle back in 2000, where a contested election in a single state was effectively decided by the Supreme Court. Whatever you think about the outcome of the Bush v. Gore case, our democracy won. Despite the issues on the table, in the end we had the rule of law, due process, and an outcome that the losing side gracefully accepted. There was an orderly transition of power, and we moved on.

An orderly transition of power won’t be the case if there is question as to the legitimacy of the election results, as opposed to results themselves. That’s why it’s important to be clear that an orderly transition of power isn’t about a single office changing hands, it’s about the entire electoral process, every candidate and office, initiative, referendum and ballot measure. New city councils, state legislators, governors, school boards, congress people, judges – pretty much every working element of government from top to bottom will transition, in many cases to new people, parties, propositions, and policies, as a result of the upcoming election.

What most of us forget is how important our local political systems are in our lives. Fully half of all government spending, over $1 trillion each year, takes place at the local level. While the ways in which our tax dollars are spent at the national level are sometimes hard to fathom, local government spending tends to impact our day to day lives in very direct ways: how we fund our schools, how we deal with key issues like transportation, healthcare, schools, public safety, housing, among others. The results are there for us to see every day.

Which means we don’t just vote for a president every four years, we vote for democracy. This isn’t about Republicans versus Democrats – this is about big “D” Democracy. Voting for Democracy is in particular what happens primarily at the local level, where many elections are completely non-partisan and where local issues, not our all-too often sordid national party politics, are what’s on the ballot.

But if there is a question about whether the presidential vote will accepted by one of candidates, that calls into question the entire election – contested ballots mean contested elections for everything on the ballot. And everything is exactly that: your local transportation district’s supervisor election will be thrown under the same “contested” bus as the Office of the President. Nothing down ballot will be valid if the top of the ticket isn’t valid.

This is why we need to make sure we have a safe and secure election, one that has the kind of participation rates that make it hard to refute the results. This means helping local and state election officials push for more financial resources to support the cost and complexity of moving to a largely vote-at-home election, and the way we can all help is to push our congress people to approve more funding. It means encouraging the young people to work at the polls to replace the current cadre of poll workers who are traditionally seniors and other high risk individuals who need to avoid exposure to Covid-19. Check with your county registrar or voting offer, or your state secretary of state’s office to see how to sign up.

And, finally, it means making sure that we all vote – regardless of race, age, gender identity, religion, and, most importantly, political conviction. Our big “D” Democracy can only succeed if all of us stand up and are counted.