When Local Goes National: A brief overview of Georgia-06, South Carolina-05, and the joy of high voter turnout 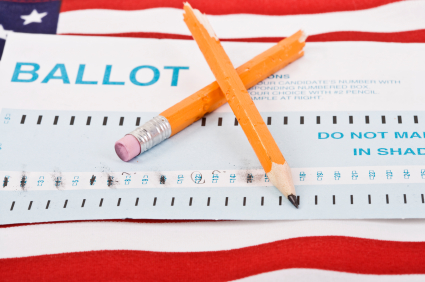 Local elections are now the subject of intense national focus. The Congressional race for Georgia’s District 6 was being hotly debated by people who weren’t even residents of Fulton, DeKalb, and Cobb counties. Financially, GA-06 is now the most expensive House race in U.S. History…before AND after adjustment for inflation.

As of this writing, Republican Karen Handel, former Georgia Secretary of State, has been declared the newest Congressional representative for Georgia’s District 6, defeating Democrat Jason Ossoff 53% to 47%. Well over 259,000 ballots were cast in the runoff election, when the final mail ballots are tallied; the number is expected to top 260,000.

The residents of District 6 are probably relieved to see an end to the non-stop political ads and media coverage that this election garnered. Although the attack ads are over, a significant amount of voting controversy lingers. A lawsuit (Curling v. Kemp) requesting that electronic voting machines be discontinued in favor of paper ballots counted by hand was dismissed last week, but the issue isn’t going to go away anytime soon.

Questions surrounding the security of Georgia’s electronic voting machines and depth of voter database breaches will be addressed in part today at a multi agency Congressional hearing. Concerns expressed by many voters regarding everything from allegations of voter suppression to precinct security and auditing of election results will need to be a priority for the election officials, present and future, in the state of Georgia.

Perhaps less well known, but just as significant, was South Carolina’s Congressional race for District 5. The margins for the Ralph Norman/Archie Parnell race were actually narrower than the higher profile Georgia election. Considering the candidates in the SC-05 race received far less national attention, media saturation, or financial backing, a close (52% to 48%) finish was a surprise to many seasoned pollsters. Democrats finished considerably stronger than had been projected in a predominantly GOP district for the seat vacated by Republican Congressman Mick Mulvaney.

Regardless of partisan politics, both the SC-05 and GA-06 elections were a resounding success. While both sides are currently dominating social media interactions about wins and losses, the nonpartisan sector of the election world is beyond pleased to witness the level of interest now being taken in local elections. Record turnouts in early voting, absentee voting and in-person voting are a very positive change. It’s encouraging to see so many citizens take charge of their civic power and cast their ballots locally. Elections aren’t just about victory and defeat. They’re the lifeblood of American civilization, and the more citizens that register to vote and participate in elections and other civic activities, the better off all citizens will be.