Get Your Voting & Election Information All in One Place Using Your Voter Account! Learn More

The voting process from a unique perspective: a first-time, visually-impaired voter tells her story 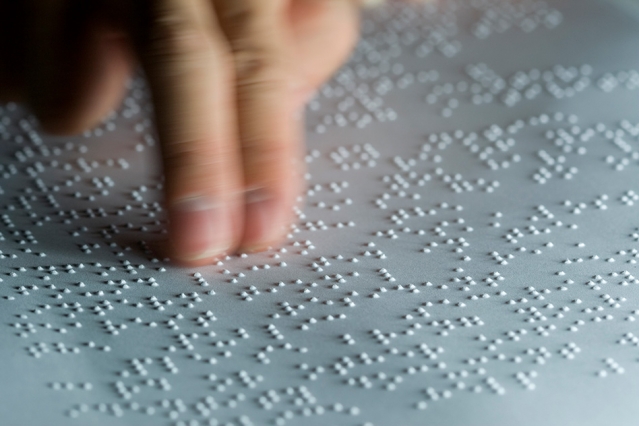 The midterm election season is about to peak and I would like to address the voting process from a unique perspective: that of a first-time, visually-impaired voter and how that initial experience informs my decision to vote again in the upcoming midterm election.

Over the years, I have noticed how people have primarily focused on the mechanical, physical process of voting versus a voter’s individual voting experience, let alone why they vote, or the emotions invoked by participating in this act which makes the United States a democratic nation. I intend to address the accessibility of preexisting voting systems and the emotions surrounding the occasion. In short: my reasons for voting profoundly affected my reactions to the act of voting itself.

I am a young California resident who will be voting for the second time in my life this November 2018. In retrospect, regarding the first time I voted, if I had truly wanted to avoid (what for me was a hassle) going to the polls and contending with voting systems I had never used before, I would have researched Vote-by-Mail-in (absentee) voting. That way, I would have had more time to make my selections, and I could have made them in the comfort of my own home. Since California allows mail-in voting for any reason, I didn’t even need an excuse to take this route. It’s not that I did not know about the mail-in or absentee voting process either: I had learned about them in a college-level government class I took in my senior year of high school. Prior to that, I did not know that they existed.

In that class, I also learned about voter turnout and demographics, as well as how people in their late teens to their late twenties are the cohort least likely to vote. Our textbook noted that students often found it difficult to find a polling place, especially because they did not have a permanent residence yet. However, it also explained that people in this demographic were either not informed enough, or did not care enough, to vote.

I did not want to be that person. As much pressure as I was putting on myself, I did not want to squander what little power I had to make a difference. I realized that for the first time, I would be more than just a citizen living with the policies enacted by the government: in a way, I would be shaping those policies. The fact that I turned eighteen only a month after I finished taking the class didn’t hurt either.

By the time November of 2016 arrived, the act of voting had gained both symbolic, as well as civic, significance for me. I went to the polling place near my house after school because I felt that casting my ballot in person for the first time would feel more “real” because I would be there when it was submitted for counting. I did not know, nor did it occur to me, that the counting would only happen after the polls had closed. What I did know for certain was that turning eighteen, and in the process, gaining the right to vote, was a personal rite of passage.

In the days leading up to the election, I checked the Secretary of State’s website to locate registration information and to learn how I would vote without using a conventional paper form. I found several documents and webpages explaining the accessibility guidelines for polling places, as well as accommodations that they aim to provide any disabled voters. Suffice to say, I was surprised that this information wasn’t completely obscure. I assumed that these documents would either be unusable with my assistive technology or nonexistent, so I was reassured to find that they were both written in screen-reader-accessible formats, and that the guidelines were so comprehensive. In short: the polling place accessibility guidelines state accommodations for voters with all kinds of disabilities, but in particular, the ballots should be in large print, braille, or an auditory form for low-vision or visually-impaired voters.

Because making my selections at the polling place would have been too much pressure, I looked up the list of propositions, measures, and positions to be filled that year and wrote down my answers ahead of time. At the polling place, I imagined that I would be in a separate room from everyone else, where I would fill out my ballot on a braille form. Either that, or I would use a computer with screen-reading software on it, which is the kind of technology I already use for homework and leisure. I use a similar setup when I take exams in school, so it would suffice here as well. Also, choosing my answers in a separate room would have allowed me to cast my ballot in secret.

Unfortunately, this was not the case at all.

Describing the voting machine I used as archaic would be an understatement. My impression was that the people volunteering at the polling place hadn’t even been trained in setting it up prior to the election. I didn’t use the machine in a separate room from everyone else: I had to stand somewhere in the middle of the room the entire time and hope that I was using it correctly.

Instead of using a keyboard or keypad like on a phone, I had to learn to use a different kind of keypad to listen to the propositions and candidate choices. The only way the information was conveyed to me was via audio, which made the effort of understanding each choice all the more taxing, since listening to them repeatedly was time-consuming. If the part of the ballot explaining the pros and cons of each proposition had been in braille, I could have reread them as often as I liked, at my own pace. In short, I felt cheated, left out, and let down.

I’ll make this brief, because I don’t know whether my point will be received any other way.

States should put more genuine effort into making their voting systems accessible. Whoever makes the voting machines should consult with individuals who have the disabilities in question, so they know what works best for them. Considering the recent increased emphasis on security, the fact that I didn’t cast my vote in a separate place from everyone else worries me. To this day, I don’t know exactly what the voting machine looked like, so for all I know, there could have been a screen displaying all my answers as I was filling them out that anyone could have seen without me knowing.

To anyone with a disability going to the polls in person this November: you may be lucky, and you may have a local polling place where the technology is up-to-date, and the volunteers are well-trained, and where your rights as a voter are maintained. You may also experience what happened to me. It just depends on how caught up your state is on accommodating disabilities.

If you ever needed another reason to take advantage of absentee voting, this should be it. It’s still a shame that the reason I’m using it now is because of the inadequacy of the polling place, even while I still consider voting in person as the method least open to error. People should be able to vote in a way that’s secure, accessible, convenient, and meaningful for them, without exceptions on any of these factors. I chose to volunteer my time to U.S. Vote Foundation to help work toward the cause of supporting every citizen to be a voter.  The fact that someone has a disability should not impair them in this way.