Turnout in Local Elections: Is Timing Really Everything? 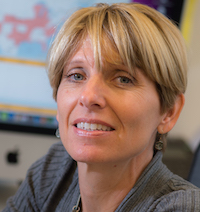 This ABSTRACT of the original article, Turnout in Local Elections: Is Timing Really Everything? by Melissa Marschall and John Lappie in the Election Law Journal: Rules, Politics, and Policy Vol. 17, No. 3 copyright and published by Mary Ann Liebert Publishers, Inc. The complete article is available here https://www.liebertpub.com/doi/10.1089/elj.2017.0462

Though it is often assumed that U.S. local elections are uniformly low turnout events, there is actually considerable variation across space and time. Building on literature on local turnout and broader theories of political participation, this study examines more than 1,000 California mayoral elections held between 1995 and 2014. We analyze how two specific features of the local electoral context—election timing and contestation—provide information, stimulate interest, mobilize voters, and ultimately shape turnout. We argue that high turnout may not mean much if voters have no decisions to make and explore the possibility that the effects of contestation may vary depending on whether elections are held off- or on-cycle.

Findings from our empirical analysis indicate not only that on-cycle elections are associated with appreciably higher levels of voter turnout but that contestation also matters. In fact, contestation can reduce or even eliminate the differences in turnout between elections held on different schedules. Taken together, evidence from this study supports the efforts of lawmakers in California and advocates elsewhere who seek to move local elections on-cycle, while also highlighting the importance of initiatives that seek to encourage more people to run for local office.