Voting during a Disaster: How to Vote by Mail When The Mailbox is Gone 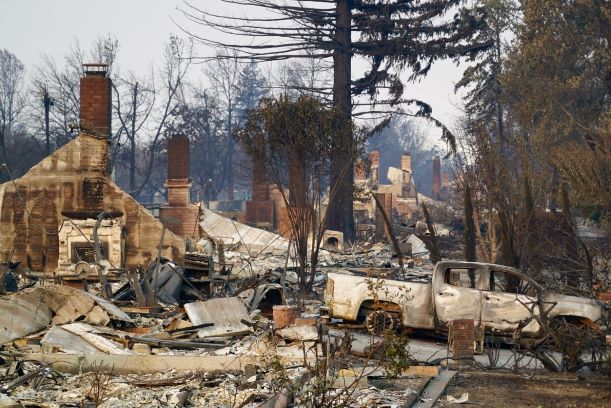 The news has been pretty grim if you live on the West Coast or the Gulf Coast: fires, hurricanes, evacuations, the loss of homes and businesses. The twin threat of seasonal fires and hurricanes are a constant reminder of the fragility inherent in the interplay between civilization and nature.

With both fire season and hurricane season still upon us, : thousands have already lost their homes, and hundreds of thousands have been evacuated. Many of those evacuated were able to return to their homes, but all too many are now permanently displaced. And while access to voting is not necessarily the highest priority in situations when life, home and hearth are literally at risk, it’s important to know that those who want to vote still have options even if “vote at home” is no longer feasible.

The main issue is how to get a hold of that ballot if there’s no longer a voter mailbox to which it can be delivered. As ballots are generally not forwardable – for obvious security reasons – obtaining a ballot will take some effort.

Here are some of your options:

If you have a new permanent or semi-permanent address, you file a ballot request with the new address and have the ballot sent to you there. It may be too late to do this in some jurisdictions, and even if it were possible we think this option may be too risky considering the time left before the election. Unless this is the only option available, file this one away for next year’s inevitable disasters.

Another, and possibly better option would be to pick up your ballot at the post office that serves as your postal home base. If it’s open and accessible, and if your home is an evacuation zone, this is where your ballot will end up. If your local post office isn’t open, the USPS has a website that lists post offices that are temporarily closed and the post office to which your mail is being redirected. Regardless if it’s your old post office or a new temporary one, just step up to the retail counter, show your ID, and get your mail. It’s not clear how quickly mail service will shift to a new location if a post office is closed, so even if your ballot has been sent to you already it may show up later than expected.

Some jurisdictions, like Santa Cruz County in California, which suffered considerable damage this fall in the rural eastern part of the county, will allow you to obtain a Remote Accessible Vote-by-Mail Ballot. This is a regular service the State of California provides to people with disabilities that the county has now opened up to displaced voters as well. To avail yourself of this option, go to the above link: You’ll need email access, a printer, an envelope and a stamp to complete the process. (The county can send you a special envelope to use, but, of course, you’ll need access to a post office to get it.)

Residents of other counties in the impacted states can go to their local county or state election websites to see what options are available for obtaining a replacement ballot. The Remote Accessible Vote-by-Mail ballot is available in all California counties, but it’s not clear if a displaced voter can use it in every case. You can use our Election Official Directory to find out how to contact your local election office to see what special services they may provide. As the California fire season officially ends when the rainy season finally starts, this guide will unfortunately be of use until Election Day.

Oregon also had an exceptionally hard fire season, and while seasonal rains have returned there are still people who have been displaced. As befitting the state that pioneered universal vote-at-home ballots, the Oregon Secretary of State’s office has an online guide for displaced voters. The State will begin mailing ballots on Oct. 14, so if you have a new address you can use there may be time to get in a change of address request to the Secretary of State. (Remember, this is the only way to get a ballot sent to a new address; post office change of address forms won’t work for forwarding ballots.) You can also find out about early voting and other voting options by checking our guide here. Your county may have other ways for you to obtain a ballot, so contact your local election officials using the Election Official Directory.

Another state experiencing displacement due to natural disaster is Louisiana, which has already been hard hit this hurricane season. Louisiana only allows absentee voting for a limited number of reasons, such as being over 65 or if you’re student or teacher living outside your voting district. (For a comprehensive list, go to the State of Louisiana page on our website and click on General Requirements.) Those voters who qualify for vote-at-home and have been displaced should follow the guidelines from earlier in this post for finding where their mail has gone if the local post office is closed.

If all else fails, unless you live in Oregon, there is always the tried and true method of voting in person, either on Election Day or, in some jurisdictions, before Election Day if your state provides Early Voting options (which both California and Louisiana do.) In some jurisdictions you’ll need to use a provisional ballot, others will provide you with a replacement ballot. Our comprehensive Voting Methods and Options page will show you what your choices are besides sending in a mail-in ballot.

Being aware of the options for voting under these trying conditions is unfortunately part of the reality of voting in November 2020 in the United States – the impact of climate change on the weather in the north Atlantic and the West Coast has meant a continually hotter and drier fall fire season in California, Oregon, and Washington, and an increasingly hotter and more humid spawning ground in the Atlantic for hurricanes. This means residents of western states (and other fire-prone states, like Colorado) and states in the hurricane zones of the Gulf Coast and Eastern Seaboard can expect more and more disasters that could lead to displacement, and thereby impact voting in the years to come.

There’s unfortunately still a chance that additional fires and hurricanes could displace voters and impede voting access in the runup to Election Day 2020. All the more reason voting as early as possible in this election is the best way to have your vote count.