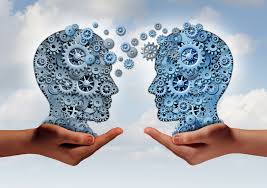 But for a perfect score, you’d need to add one more element: these numbers highlight the role US Vote plays in providing data and technology to the valuable, and highly valued, licensing partners that share US Votes’ mission to make sure Every Citizen is a Voter.

35 million. That’s the number of Americans who move to a new home each year. If you’re among the one in ten citizens who picked up their roots and headed for greener pastures recently, you may have heard of a service called MyMove.com, an “Exclusive Partner of the United States Postal Service (USPS). MyMove.com is a one-stop site for the vagabonds among us: how to change your address with the USPS, how to update your TV, internet, and utility services, and, if you ask us, the most important of all, how to update your voter registration on the MyMove.com website.

One guess where USPS goes to get the data it needs to help voters update their registrations and stay eligible to vote in their new hometown? MyMove.com’s voter registration is powered with local election office data from US Vote.

70 million. That’s the number of eligible millennial voters in the US. It’s also the number of voters and potential voters that Rock the Vote targets with its voter registration and get-out-the-vote efforts. Rock the Vote’s efforts to entice millennials were an important contributor to the record turnout of millennials in the 2018 midterm elections, an election that showed a 188 percent increase in millennial voter turnout over the previous midterm election in 2014.

Once a millennial makes the decision to get involved, they’ll need to check their election dates and deadlines and then send their voter registration forms to their correct local election office. Rock the Vote licenses these data from US Vote to support prospective millennial voters to join the roughly 25 million other millennials registered and ready to vote in 2020.

140 million and 250 million. The first is the number of registered voters in the country and the second is the number of eligible voters. Bridging that gap and getting as many eligible voters to register and vote is one of the most important issues facing our democracy today. While voter participation is the target of every get-out-the-vote organization, Vote.org has a particular focus on what the organization calls “low-propensity voters,” those voters deemed by Vote.org to be “unlikely to vote without additional encouragement.”

Using US Vote’s local election office data to support its registration and ballot request services, Vote.org helps the unlikely voter who decides to move from being one of 90 million unregistered to one of 140 million registered voters. Another voter outreach organization that US Vote is pleased to support.

Of course, US Vote has its own voter services, as those of you who have a Voter Account know. But many of our users simply drop by the website for an update on election deadlines and eligibility requirements. It’s through the efforts of partners such as Rock the Vote, MyMove.com, and Vote.org, that the work of US Vote is amplified and broadcast to millions more voters than US Vote, and our sister site, Overseas Vote, could ever hope to reach alone. These organizations' data licensing agreements with US Vote also help defray the cost of collecting, managing, and updating the data that powers these efforts.

One last number for you: One. As in the power of one, the power of you. Everything US Vote does, everything our partners do, it all starts with you. Your interest, and support, in US Vote and our Civic Data Alliances are what keeps us all going. So, thanks to MyMove.com, Vote.org, and Rock the Vote – and all our visitors and supporters – for helping make sure our motto – Every Citizen is a Voter – comes true, in 2020 and in the years to come.