A Potential Disaster for Overseas and Military Voting is Looming: Withdrawal from the Universal Postal Union 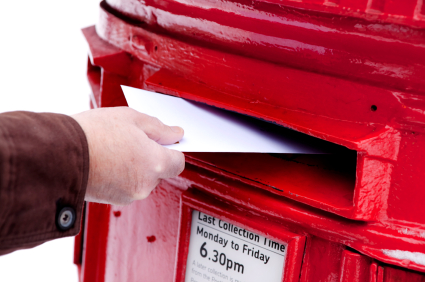 How to Decimate the Overseas and Military Vote

A tremendous investment and many improvements have been made to overseas and military voting processes since the 2004 General Election and the ensuing military ballot counting fiasco. The federal law that governs the rights of overseas and military voters, the Uniformed and Overseas Citizens Absentee Voting Act (UOCAVA), was reformed through the Military and Overseas Voter Empowerment (MOVE) Act of 2009 and as a result, the last decade has seen enormous efforts to improve the processes for overseas voters across all states and territories.

What would be a great way to send overseas and military voting hurtling backwards toward widespread confusion and disenfranchisement? And what would be more counterproductive to the UOCAVA investments of election administrations across the country? All it would take is to pull out of the Universal Postal Union (UPU) so that the most frequently used and affordable method of returning secure (as in non-hackable), verifiable, and auditable ballots is cut off at the knees. Which is exactly what our current administration is considering.

Unless an alternative is put into place immediately, it would be hard to come up with a better way of undermining the overseas vote faster than withdrawing from the UPU. The implied costs and complications that this decision would inflict upon UOCAVA voters would be enough to suppress the overseas vote considerably. For overseas voters, this act alone would leave them with costly courier services for paper ballot return (if this would still possible without the USPS involved, another potentially looming problem). Or the pullout would force the use of dangerous online alternatives and compromise voters’ right to a secret ballot (such as is already the case with the current use of email and fax for UOCAVA voting.)

Nevertheless, this administration is considering a withdrawal from the UPU this October. If it were to take effect without a functioning replacement system, the resulting chaos would effectively remove the option to return overseas ballots by mail, a process used by 60 - 80% of all overseas and military voters: According to U.S. Vote Foundation's 2018 post-election survey, 70% of  overseas voters used postal or Express Mail to return paper ballots. The U.S. Election Assistance Commission (US EAC) reported that 79% of military voters return their ballots by mail.

The safety and security implications for future elections are significant. Returning a ballot on paper is unequivocally the most secure method of ballot return, and a requirement in many states. Post offices are widespread in every village and town where UOCAVA voters reside and are easy to access and affordable. Replacing this system with online balloting is impractical. In addition to the security issues, our election offices are not prepared to mitigate the risks of inherent in online ballot return, and even if it were safe and secure such an online system would cost inordinate amounts of money and time to implement. Other methods, such as FedEx, are extremely expensive from overseas and the cost would impose yet another barrier to voting.

What is the Alternative?

To replace the functions of the UPU with unilateral agreement with each individual country in the Union would require 192 new agreements be negotiated and maintained, as opposed to the one agreement we have now. It’s easy to see how this would be a costly process, with the additional risk that that some of these agreements wouldn’t necessarily be as good as what we have now. Importantly, we simply cannot assume that new agreements with 192 countries will be in place to replace the current single UPU agreement in time for the 2020 election. If an entirely new sort of UPU were created, encompassing all nations - then it would not be an issue. But it has to work.

Sending completed ballots online is a terribly insecure option, and there are already too many highly insecure processes for sending ballots by open and unencrypted email and fax transmissions in many states. The US voting system is already wide open to tampering: Not only were we hacked in 2016, but laws to add further protections to our electoral systems were not passed by this Congress. In addition, 19 states have laws that require UOCAVA ballots be returned as paper ballots.

Taking ballots to overseas consulates and embassies is a non-starter, as any overseas voters could testify. Only someone who NEVER lived overseas would suggest that going to US consulates or embassies to drop off ballots is a solution. Consulates and embassies are not set up for easy access: they are few and far between, require appointments to enter, and for obvious reason, a full security scan. They are not set up to function as an international mail service for millions of overseas US citizens. When using the “diplomatic pouch” for mail delivery, which it is called, ballot delivery can be substantially delayed and thus disqualified due to late arrival. Unfortunately, at least so far, this is the only suggested alternative to this proposed action coming from other relevant government agencies. The Federal Voting Assistance Program, the US Election Assistance Commission (EAC) and the USPS need to proactively offer solutions to this proposed withdrawal from the UPU.

Let's Figure Out A Workable Solution

We encourage this administration to either do the hard work to improve the UPU or devise a complete and functioning alternative system that can be put in place in time for the 2020 election. Not only would such a hasty withdrawal be devastating to UOCAVA voting, it would be a self-inflicted wound that would impact virtually every size US business and government agency. Instead of embarking on destruction, the US should be providing leadership to fix the problem in a way to ensures the right to vote for our friends and family who make up the millions of UOCAVA voters. We at U.S. Vote Foundation are doing all we can to speak out on this issue. Please add your voice to ours on this vital issue for the sanctity of our democratic processes.

Additional articles and blogs on this topic: