WASHINGTON, D.C., December 19, 2017 - U.S. Vote Foundation (US Vote) has elected two new members to its Executive Board: Marcia Johnson-Blanco, Co-director, Voting Rights Project, Lawyers’ Committee for Civil Rights Under Law; and Clarissa Martínez-De-Castro, Deputy Vice President, Office of Research, Advocacy, and Legislation, UnidosUS. Both new members served since May 2015 on US Vote’s Advisory Board. Michael Steele, who has served on the board since March 2016 was appointed as Interim Chair of Board.

US Vote CEO Susan Dzieduszycka-Suinat said, “It is an honor to have two new members of our board with such breadth of professional expertise in the realm of voting rights and outreach to diverse communities. They bring real election and voting advocacy muscle coupled with individual talents that will serve our organization immeasurably. In addition, we are all grateful to Michael Steele for taking the lead as we mobilize for the midterms.”

About the Board Members 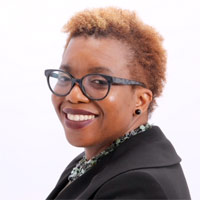 As the Co-director of the Lawyers' Committee's Voting Rights Project, the nation's largest non-partisan voter protection program, Marcia Johnson-Blanco is a recognized voting rights expert. She manages the Project's programmatic and advocacy portfolios which include leading Election Protection, overseeing the work of the National Commission on Voting Rights, ensuring minority participation in the redistricting process and ensuring that those with felony convictions regain their right to vote.

“I am excited to expand my role and support with the US Vote organization and plan to apply my advocacy and outreach experience to the challenges that US Vote will face in 2018 and beyond. I look forward to the growth of US Vote’s new LOCelections initiative and hope to use it to help US Vote increase local-level civic participation throughout the country,” said Marcia Johnson-Blanco. [See complete bio] 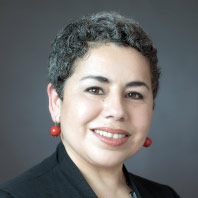 As Deputy Vice President at UnidosUS (formerly NCLR), Clarissa Martínez De Castro leads efforts to expand Latino civic engagement in the electoral and policy arenas. She also designed and leads Rise Above, an initiative to build a positive, accurate narrative of our changing America that fosters collaborative action, and efforts to advance fair and effective immigration policies. A frequent media commentator on the Latino electorate and immigration, she’s a graduate of Occidental College and Harvard’s Kennedy School of Government. [See complete bio]

“US Vote is a leader in facilitating Americans’ ability to be active participants in our democracy—regardless of where they live. I am proud to join this effort at a time when we need to improve participation levels across the board, and particularly address challenges experienced by Americans who continue to be underrepresented in our electoral system. US Vote’s stands to make an important contribution toward those goals, and I am particularly excited about their new efforts to boost more diverse municipal-level voter participation,” Ms. Martínez De Castro said. 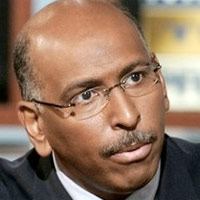 Michael S. Steele is President and CEO of The Steele Group, a communications and government relations firm which works with institutional and individual clients to design overall business development, investor, networking, and communications strategies. Presently, Mr. Steele is a Political Analyst for MSNBC. Mr. Steele served as Lt. Governor of Maryland from 2003-2007 and Chairman of the Republican National Committee from 2009-2011. [See complete bio]