The Importance of Accessible Elections

The third guest blog post in U.S. Vote Foundation’s Disability Rights Voting Week series comes from Access the Vote Florida (ATVFL), which is the Florida chapter of the national REV UP Voting Campaign. The REV UP Voting Campaign is a nonpartisan national voting initiative focused on advancing the power of the disability vote. REV UP stands for Register! Educate! Vote! Use your Power! Its mission is to foster civic engagement and protect the voting rights of Americans with disabilities. As Florida’s local REV UP partner, ATVFL is made up of individuals with disabilities throughout the state of Florida as well as disability rights and other civil rights organizations.

We’re proud to feature The REV UP Voting Campaign as part of our new Resources for Voters with Disabilities initiative. As part of this initiative U.S. Vote Foundation (US Vote) has created a state-by-state guide to empower voters with disabilities to realize US Vote’s mission: Every Citizen is a Voter. Our new initiative for voters with disabilities will help new and experienced voters navigate the continuous changes in accessibility that have resulted from the recent revisions to election law across the country. We want to thank ATVFL for partnering with us to produce the information for Florida’s voters that can be found in our Florida Resources for Voters with Disabilities.

As Americans, one of our inherent rights is that of liberty.  A key part of liberty consists of equitable access and the ability to impact society, and one of the most basic ways to exercise that is through our individual right to vote.  For the estimated one in four Americans living with disabilities, in the United States, the ability to vote affords them the opportunity to exercise autonomy and to participate in democracy in the same way as any citizen. In addition, voting is often a crucial way to stay engaged in and exert influence over the conversations and policies that center around the inclusion or exclusion of the disability community, and all the intersecting issues that involves.

Further, not only is voter access a fundamental right for all Americans, but for those with disabilities, it is one that is federally protected by several laws, including the Americans with Disabilities Act (ADA) and the Help America Vote Act of 2002 (HAVA).  It is through HAVA that Congress established a broad mandate to “ensure the full participation in the electoral process for individuals with disabilities, including registering to vote, casting a vote and accessing polling places.”

As Florida’s federally designated Protection and Advocacy Agency, Disability Rights Florida (DRF) aids in fulfilling the mandate of HAVA through its Protection and Advocacy for Voting Access or PAVA program.  In partnership with Disability Independence Group (DIG), DRF formed  Access the Vote Florida (ATVFL), the state’s chapter of the American Association of People with Disabilities’ (AAPD) nonpartisan voter access initiative, REV UP. This year, ATVFL worked to produce a series of instructional videos for two of the nation’s most widely used accessible voting machines, the ExpressVote and Image Cast. As these accessible voting machines are found in over two dozen states, we encourage you to go to Verified Voting’s Election Day Equipment Verifier to see if you’ll have access to one of these accessible voting machines. If you do, our videos can help you be prepared. 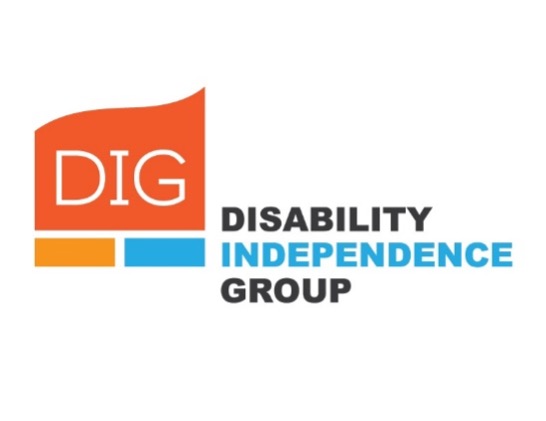 Produced by Block-by-Block Creative and in collaboration with the Leon and Duval County Supervisor of Elections Offices, the videos walk viewers through the features and operation of each machine, taking into account the accessibility considerations of those with a range of disabilities. Specifically, the videos demonstrate the ways in which accessible in-person voting technology can aid users with vision and physical disabilities through features such as large print, auditory assistance, as well as sip and puff or paddle switch connectivity. Additionally, each video highlights the ways in which those with sensory, learning, or intellectual disabilities can also benefit.

Voting is a system for change, and everyone deserves the right to privately and independently vote. Having videos that explain the function of accessible voting machines is a vital part of making the voting process equitable. Accessible in-person voting (as well as all forms of accessible voting) allows for users with disabilities to be independent and have autonomy during the voting process. Yet, voters and election workers alike cannot just be expected to intuitively know how the technology behind accessible voting machines works.  Thus, ATVFL’s goal for the videos is to educate voters with disabilities, election workers, and even the general public on the availability and functionality of these machines, as well as how a person can request to use them.

Aside from providing voters with disabilities with the knowledge to vote independently, each video also features the perspectives of self-advocates on the importance of voting, and what being able to do so in a private and independent manner means to them. This is paramount because it provides current and future voters with a chance to see others with disabilities exercising their right to vote, and embodying the motto, “Nothing About Us Without Us”, a familiar one in the disability community which speaks to the right of all people to have a voice in the policies and issues which impact their individual and collective lives.

Additionally, the videos also provide an opportunity for elections workers to educate themselves on the access needs and rights of voters with disabilities. For instance, these videos could be used in poll worker training and in conjunction with education on the common barriers to voting that those with disabilities face. Such training would help a poll worker to assist a voter with a disability to use an accessible voting machine and otherwise support their needs. These videos aren’t meant to only be instructional for voters themselves, they are also meant to provide those without disabilities with the knowledge to assist others in successfully casting their vote. Put succinctly, understanding accessible voting technology allows everyone from Supervisors of Elections to poll workers to voters themselves the ability to “ensure full participation in the electoral process for individuals with disabilities” and thereby better fulfill the American promise of “liberty and justice for all”.