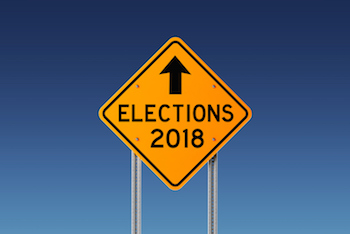 Many overseas Americans are unaware that they can vote in the 2018 Federal Midterm Elections. Some don’t think their vote even matters, or that it is too hard.

Why should you vote?

“Voting is important in any US election.  Americans overseas should insure that they are heard and the most direct way is through their right to vote. There are members of congress interested in overseas Americans’ issues.  ACA’s work on tax reform has increased the awareness in both legislative and administrative offices on Capitol Hill. The community can support these efforts by voting and engaging with their Representatives.”  American Citizens Abroad

The Uniformed and Overseas Citizens Absentee Voting Act (UOCAVA) was enacted by Congress in 1986. Each state has their own voting laws and Primary Election dates.   The first two primaries are Texas (March 6) and Illinois (March 20). The General Election is November 6th.  As an overseas voter, you should register each calendar year that you intend to vote.

“Briefly, what I can say is that special elections and midterm elections can change the makeup of the House and Senate. Just look at the recent Alabama special election for Senator.  It was very, very close.  Overseas ballots can either reinforce or change the results. It doesn’t matter which side you are on to see how important that is.  There were not enough overseas and military ballots turned in for this election for any significant difference, but what about the midterm? Republicans will want to retain the majority.  Democrats will want to overturn it. Your overseas ballot counts,” stated Ellen Williams Lebelle, AARO.

Secretary of State offices are reaching out to encourage overseas and military voters:

“The Virginia House District 94 outcome is yet another example of the extraordinary power of a single vote. The vote of a person living overseas or protecting our country in the armed services has exactly the same value as the president’s vote, a governor’s vote, or my vote. And, elections really can come down to a single vote,” said Judd Choate,State Election Director, Office of the Colorado Secretary of State.

“The midterm elections are always important and, although we aren’t voting for President, in 2018 Nevadans are voting for critical positions such as U.S. Senator and all the constitutional officers: Governor, Lieutenant Governor, Secretary of State, Attorney General, Controller and Treasurer. Your vote does count - Nevada has one of the highest ballot return rates and percentage of ballots counted for military and overseas voters,” stated Nevada Secretary of State, Barbara K. Cegavske.

It is vitally important to use the correct application process when you register to vote, and request your absentee ballot. These differ if you are voting domestically or from overseas. Fortunately, all voters can find their correct procedure at U.S. Vote Foundation, and there is even an Overseas Vote site, specific to US citizens living abroad.

“Participating in federal level voting from overseas is such a tremendous experience. I would never voluntarily give up this chance to vote for the congress people that represent me in D.C., and I think those who do not use their voting rights while living abroad are making a mistake. Those are the missing voices that could make a difference in how we are treated as overseas Americans.”  Susan Dzieduszycka-Suinat, President and CEO, U.S. Vote Foundation and Overseas Vote Initiative.

Keith Redmond, an American based in Paris, has been advocating on behalf of Americans overseas for the past few years, “It is critical to augment the number of Americans overseas who are registered and who vote. We must have a substantial block of voters in order to have a voice regarding draconian polices damaging Americans overseas like FATCA (Foreign Account Tax Compliance Act) and Citizenship Based Taxation for Individuals.

Both Democrats Abroad and Republican Overseas are very active around the world working to educate and encourage voters on tax reform, FATCA, and other laws passed that impact overseas voters.

DA-Israel is under the leadership of Heather Stone whose goal is to raise awareness and educating voters on issues in US elections: “As we gear up to the 2018 midterm elections, we are having monthly gatherings around the country with speakers.” Heather can be reached at [email protected].

Chair for the Democratic party abroad, Julia Bryan, who lives in Czech Republic, “Americans abroad should vote in the 2018 midterm elections - the margin of victory lives abroad, and we must make sure we bring that margin home.”

“Republicans Overseas, Senator Rand Paul, Republican Overseas Israel  and others recently filed a petition for the US Supreme Court to review the FATCA law that has made the lives of Americans overseas so difficult. Congress passed historic tax reform, but FATCA Repeal was omitted.  Another reason why voting from overseas is extremely important,” stated Marc Zell, Chair of RO-Israel. [email protected] or [email protected]

Voting from overseas is not difficult.  If you have a computer, visit www.overseasvote.org to register to vote and request a ballot today. You will affect how America runs by voting for Congress and Senate!