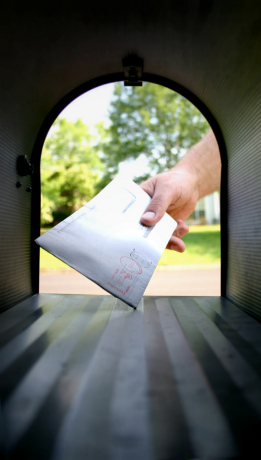 Representative Susan Davis (D-CA), a featured keynote speaker at OVF and US Vote’s 2014 Eighth Annual Voting and Elections Summit, recently filed a bill in Congress aimed at lessening restrictions on absentee voting. The bill would mandate no-excuse absentee voting in all federal elections. According to the National Conference of State Legislatures, 27 states and the District of Columbia allow this provision, while 20 states only accept absentee ballots if detailed excuses are submitted.

Three states - Washington, Oregon, and Colorado - allow for all-mail voting. Representative Davis argues that invasive excuse requirements do not prevent fraud. Rather, she states “They are really just getting in the way. They have a real chilling effect.”

Recently, Virginia, which is one of the 20 states requiring an excuse in order to vote absentee, rejected no-excuse absentee voting for senior citizens. Virginians aged 65 and older must continue to divulge their personal information to the Commonwealth if they wish to vote absentee, even in the case of disability.

Meanwhile, supporters of an early-voting period in Missouri are gathering petition signatures to put the issue on the November ballot. Missouri is also among the 20 states requiring an excuse in order to cast an absentee ballot. “The proposed constitutional amendment would create a no-excuse-needed early voting period that would begin six weeks before the general election. Local jurisdictions would have to allow mailed ballots or in-person voting at a central location, and jurisdictions with more than 100,000 registered voters also would have to set up at least one satellite early voting site.”

Startup and ongoing maintenance costs to be carried by local governments are being cited as potential roadblocks. Still, the Missouri Early Voting Fund has raised a substantial amount of money and awareness, and supporters are confident that this issue will be on the November ballot.