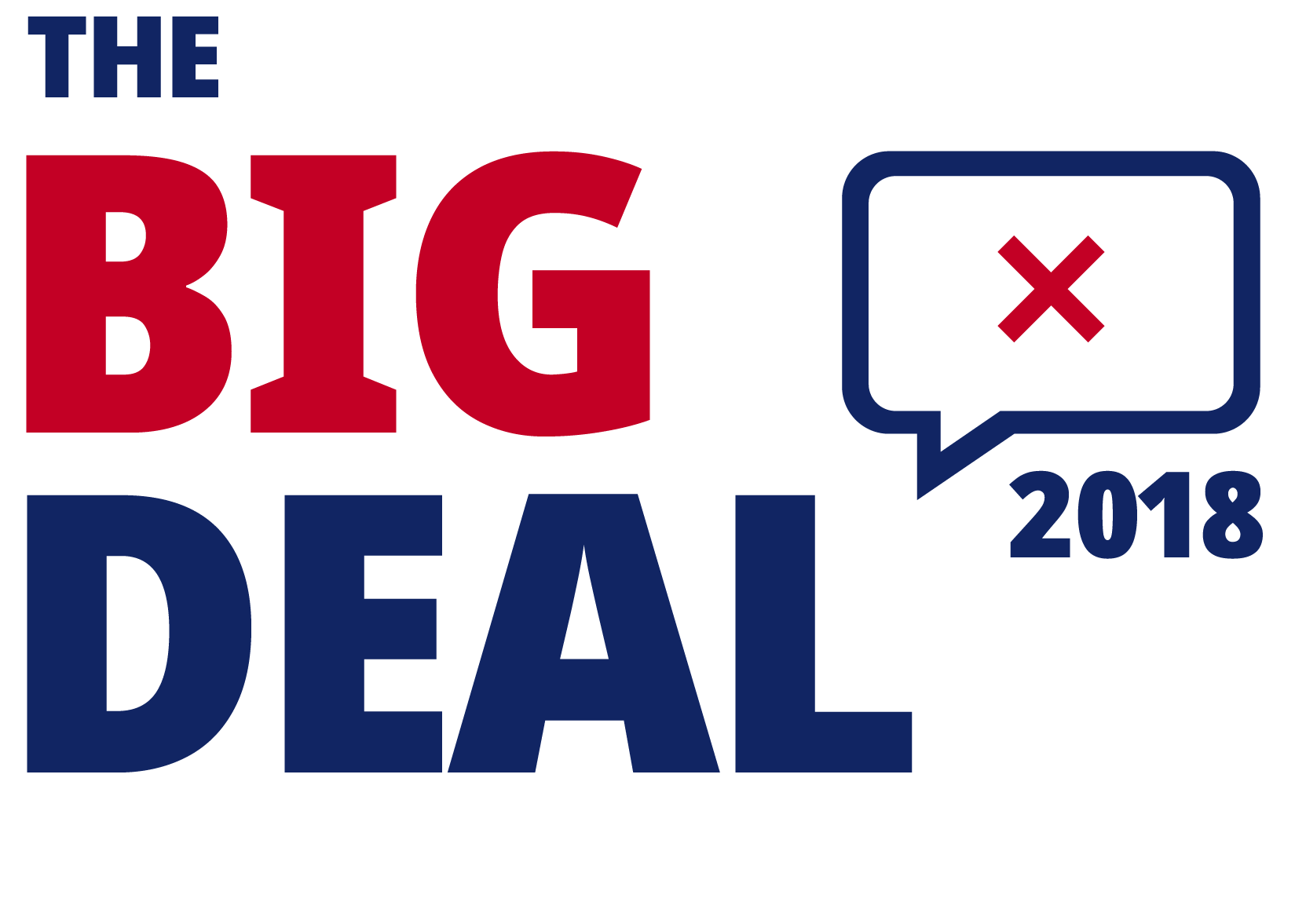 LOS ANGELES, CA, - October 24, 2018 -- U.S. Vote Foundation (US Vote) and Hook Studios launched The Big Deal 2018 Midterm Mobilization viral marketing campaign today with an intent to give a last minute push to younger voters to get out the vote. Similar to the wildly popular “Ice Bucket” challenge, The Big Deal 2018 relies on a challenge and reward “deal” to motivate young voters to follow through and cast their ballots on Election Day.

The Big Deal 2018 is an unorthodox appeal for a very serious problem: turnout among voters under 30 is alarmingly low in the midterms. In 2014, fewer than 1 out of 6 young people voted.

In a unique twist, The Big Deal 2018 aims to recruit more experienced voters - parents, uncles, aunts, grandparents - who know the young voters in their family to reach out and make a deal: the young people show up and vote and then post a picture proving they voted on Election Day, and their deal sponsors agree to never again make embarrassing comments on their social posts.

Hook Studios identified this original concept in their hands-on research - seeing the endless lists of posts by young people about how their family members comment on their social media. No more hot takes or unsolicited fashion advice on a young person’s social media posts. That’s what experienced-voters in their families are offering up if their younger relatives agree to show up and cast their ballot in this year’s midterms.

“Voting is what shapes our democracy. I’m looking forward to making this deal with my daughter”, says Daphne Subar, mother of three children. Her daughter Shira Subar is a freshman at Boston University and agrees, “I’m totally into signing this deal with my mom. Not just because I could use the reminder to go vote, but also because I could do with a little less of her posting my baby photos on my social media.”

“Young voters have the power to influence the election. The Big Deal 2018 is our way of stressing the importance of voting—with a little humor—to remind them why they need to show up to the polls,” says Michael Steele, Chairman, US Vote. Susan Dzieduszycka-Suinat, President and CEO of US Vote, adds, “This initiative turns experienced voters into advocates, and gives them an original tool to get younger people to show up and cast their ballots.”

Experienced voters follow through on casting their ballots more than younger voters. 87% of registered voters in 2014 were over the age of 30. Now they have a chance to take matters into their own hands with a reward that appeals directly to the young voters in their family.

“For some people voting is a civic duty. For others it’s a symbol of freedom and liberty, but that doesn't always resonate with young people,” says Ronnie Lee, Creative Director at Hook Studios. “Perhaps we should loosen up and give them something they care about: no more ‘mom’ or ‘dad’ jokes if they vote.”

Make A Big Deal Of Your Own

U.S. Vote Foundation (US Vote) and its Overseas Vote initiative remain true to a unified vision and mission: Every Citizen is a Voter. The foundation aims for every citizen to have open access to voter information and the ability to easily engage in US democracy and civic life with voting as a central action.

US Vote executes its vision and mission through the development and provision of innovative civic tech solutions and data services for domestic, overseas and military voters.

US Vote's civic data and voter services are also licensed to leading voter outreach organizations, state governments, campaigns and agencies. Through this broad provision of data and services, US Vote's reach and influence are exponentially increased.

Hook is out to make great things and put them on the internet. With an emphasis toward hands-on expertise, working openly, collaborating intimately, driving with insight, and constant iteration, we aim to be the most loved source of ads, content, and experiences for our clients.

Our in-house teams are built from creatives, artists, and engineers, who draw from a wide array of expertise to help shape culture.

See the things we’re tinkering around with at www.byhook.com