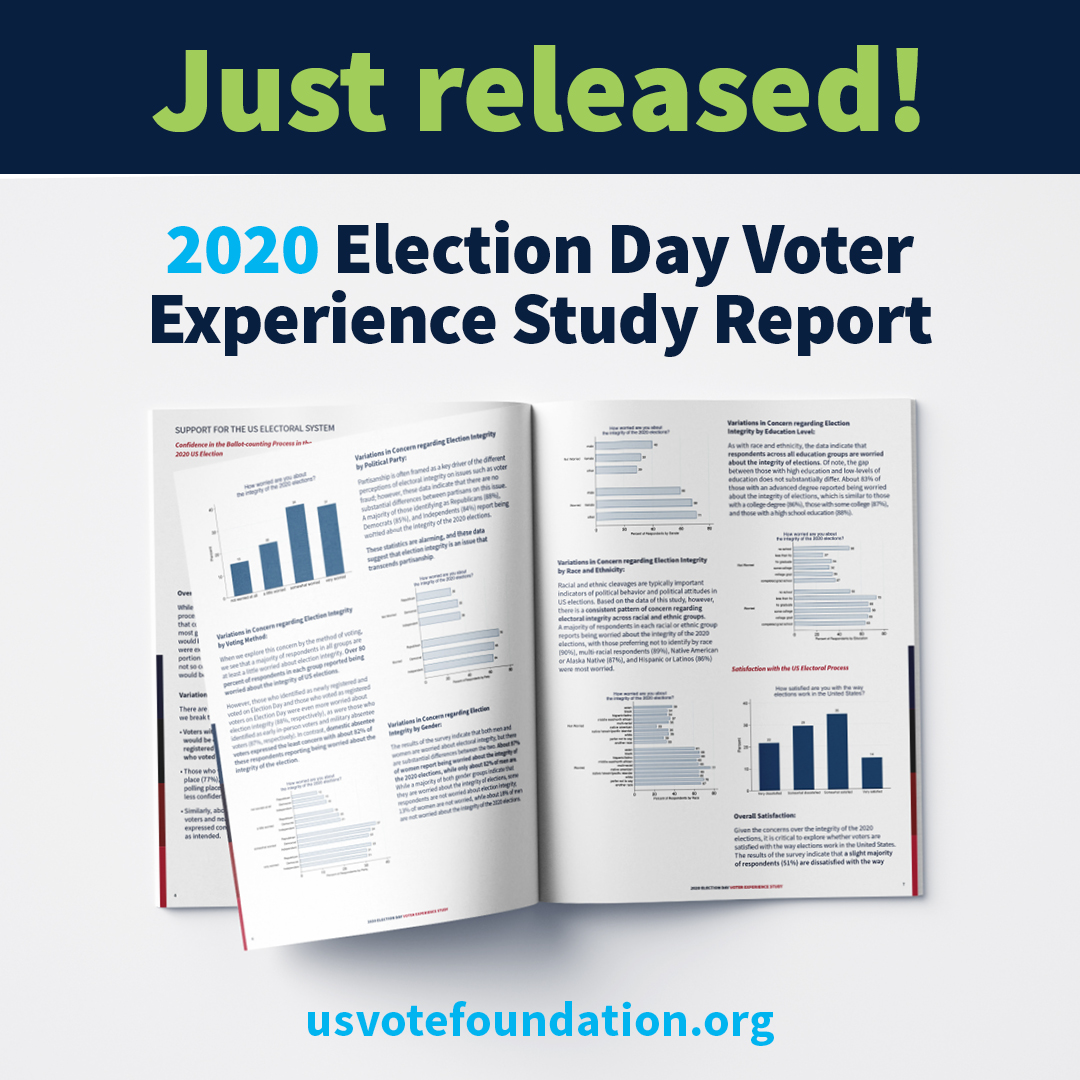 The Study’s results – based on a survey of 15,495 voters – showcase the overwhelming success of the overall election process and the reforms of 2020 that were implemented as a result of the pandemic. That success, which led to the highest voter turnout in modern times, took place despite the myriad obstacles voters faced in the primaries and the General Election.

The resulting turnout and positive voter sentiment captured by the Study highlight the need to solidify these reforms as permanent and to continue the non-partisan efforts of US Vote to expand voter access.

“We are concerned about what appears to be concerted efforts in some states to reduce ballot access. It flies in the face of logic that the most successful election our country has ever seen would motivate actions to make voting more difficult. We will not ignore these efforts, and neither will US voters,” stated US Vote Chairman, Michael Steele.

In light of the Study’s results, US Vote has published its Policy Perspective to declare its support for the For the People Act of 2021, which aims to introduce and expand certain voter services nation-wide. These services include the expansion of early voting, vote-by-mail and paper ballots; all are voting practices that are already in use in many jurisdictions, and have proven to be beneficial, and, according to the Study, widely accepted by voters.

The Study surveyed voters of all political persuasions, races, ethnic backgrounds,  genders, and education levels. This large sample size provides a comprehensive window into the experiences of voters who participated in the November election. The Study provided a forum for the expression of voter sentiment as well as allowing both domestic and overseas absentee voters to point out logistical issues they encountered while voting and to recommend improvements to the overall voting process.

In addition to presenting the research outcomes in the Study, US Vote has presented an Overseas and Military Voting Reform Agenda. “Our foundation’s long history in the realm of civic technology and services development for overseas and military voting provides a basis for the suggested reforms. It’s time for act two of the MOVE Act and this is the time to do it,” stated US Vote’s President and CEO, Susan Dzieduszycka-Suinat.

Other highlights from the Study include:

In sharp juxtaposition to voters’ overwhelmingly positive individual voting experiences, the Study showed a large segment of voters are worried about US election integrity and are questioning US election processes and electoral system.