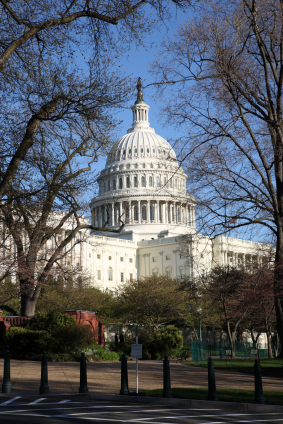 The Aftermath of House Resolution 634,
The Election Assistance Commission Termination Act, and the Future of the EAC

On February 7, 2017, the Committee on House Administration voted 6-3 in favor of dismantling the United States Election Assistance Commission (EAC).[1] This vote was not without controversy, since the EAC was created in 2002 to serve as the lone bipartisan federal oversight panel for state run elections.

The EAC provides testing and certification for multiple voting technologies with the cooperation of the National Institute for Standards and Technology (NIST), determines grants and funding for election administration, standards for assisting disabled voters, updates voting machine technology, guides state and local election administrators with any number of election and voting matters, establishes “best practices” for states and counties to build upon, gathers data for government and public use, and perhaps most importantly, maintains voter rolls.

When the Committee on House Administration announced their vote, many election administrators and voting rights advocates quickly noted that without the EAC, they are without a designated federal body to certify voting equipment.[2] Many recent groundbreaking innovations including electronic poll books, expanded Vote-By-Mail, automatic voter registration, increased access for the disabled, and others, would languish without consistent communication and guidance from the Commission.

Conducting the business of the EAC has not been without challenges. Due to congressional partisan strife, there were some years without enough appointees to meet the required quorum for decision-making.[3]  Many states bristled at the transition to EAC-approved voting machine systems. Election directors struggled to meet the guidelines set forth by the Commission, and state legislators clashed with Congress as responsibilities transferred from the FEC to the EAC. Congress submitted legislation to deactivate the EAC in both 2011 and 2013, however, the bills died in committee.

Despite several attempts and mounting political pressure to defund the EAC, many of the most contentious battles eventually calmed down. Several bright and motivated election professionals were successfully appointed to the Commission in 2014, which provided innovative ways to solve electoral quandaries as well as give a sense of cohesion to the election community. Standards to maintain, verify, and update voter rolls electronically now exist.

While transitioning to different voting machine types took several years of trial and error for states and counties, having the EAC available to certify the machines to meet requirements and quality testing lifted much of the burden from election officials.  Many groups of voters who had been formerly overlooked now have increased access to polling places, and improved absentee voting procedures, whether domestic or overseas. Against all odds, a relatively small government oversight committee has been able to accomplish many key provisions set forth by the Help America Vote Act of 2002.

Social media presence has become the ace up the EAC sleeve. By harnessing the power of Twitter, Facebook, and their own website and blog, the Commission stays in the election spotlight, in constant contact with thousands of election administrators, legislators, civic tech innovators, voting rights advocates, election system vendors and the mainstream media. Diverse entities sense that their concerns and requests for help are being addressed. By this measure, the EAC has been visibly successful.

Behind the scenes, however, a host of lingering questions and controversies remain. Budget conscious legislators hoping to cut costs have voiced concern about whether or not the EAC is a good return on federal dollars invested.[4] Political factions have quickly taken sides for or against the survival of the Commission, despite the rules clearly specifying it as nonpartisan entity with bipartisan leadership. Many in Congress have stated that the EAC has outlived its usefulness, and should be united with the FEC, an agency that is frequently subjected to intense scrutiny.

A critical blow to the EAC landed in 2013 when by Executive Order, President Barack Obama created the Presidential Commission on Election Administration (PCEA), bypassing the EAC. At that juncture, the EAC did not have a quorum of commissioners. Behind the scenes, the EAC stayed positive, blazing new trails on the path to election security and forging even stronger relationships with state election directors and the National Association of Secretaries of State (NASS). In February, a House bill worked its way through the first round of committee voting; a resolution that has the potential to be the final nail in the EAC coffin. [5]

Despite a impassioned effort by the EAC, policy wonks, election professionals and the National Association of Secretaries of State urging Congress to “Save the EAC and vote NO on HR634”, the Committee on House Administration voted 6-3 in favor of the Election Assistance Committee Termination Act. Several voter advocacy groups expressed genuine fury about the decision, fearful about the impact on alleged voter fraud investigations as well as potential interference and hacking of the 2016 election by Russia. Many were left wondering if the termination was motivated by partisan politics

It’s a Herculean task to alleviate shaky voter confidence in the US election system, and a move to dismiss a Commission that is established and dedicated to improving voter access strikes many as poorly timed at best. If the allegations of foreign interference in this last election are true, then why disband the one agency that gives guidance to election administrators on securing their systems? Creating a new organization makes no sense, given that the existing EAC has proven its efficacy. Joining with the FEC makes even less sense. The FEC is underfunded, overburdened, and currently in the midst of an abrupt personnel shake-up.[6] Adding DHS resources is not wrong, but it should not at the expense of the EAC’s existence. DHS will only take on one aspect of what the EAC does and produces. Cyber security is certainly an important part of elections, however, asking DHS to learn the intricacies of state and county best practices that have little to do with technology is, at best, unrealistic.[7]

The typical American voter probably remains unaware of the work the EAC does behind the scenes to ensure election integrity and how it underpins their experience at the polls. They may not realize how the best practices promoted to every local election office by the EAC influence what happens at their own polling place. This transition has the potential to be a catalyst for the creation of a more secure and efficient way of running and auditing elections for all states, officials, and most importantly, the voters.

We, at U.S. Vote Foundation and our Overseas Vote initiative, stand with the EAC, its leaders and personnel. The protections secured by the Help America Vote Act should not be taken for granted. America’s bedrock is free and fair elections. It would be an insult to take away a commission that is dedicated to ensuring that as many Americans have the opportunity to vote as possible. American voters deserve to have the confidence that their elections are conducted transparently, with the best-informed election professionals (county, state, or federal) running the most secure voting technologies. They should also have the assurance that any infringement of those fundamental rights is investigated promptly and resolved. There are plenty of government panels that don’t work. Let’s push to save one that does.