Vote Today and Cherish the Right 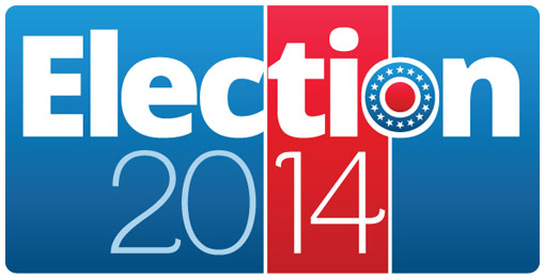 Happy Election Day! When you cast your vote today, be mindful of this treasured American right that you are exercising. Still, in twenty-first century America, there are millions of citizens who are denied the right to vote, either via complicit or implicit ways. Students, the elderly, the disabled, and minorities comprise just some of the groups who have had their voting rights systematically taken away in recent years.

Many would-be voters are kept away from the ballot box due to voter identification restrictions that, some say, disproportionately impact students, the elderly, the poor, and minorities. Our friend, Barbara Arnwine, sheds light on the issue here. The impact of last year's U.S. Supreme Court decision in Shelby County v. Holder has been swift, certain, and severe. The dismantling of a Section 4 of the Voting Rights Act has led to a flood of new voter identification laws. States with strict photo or non-photo identification laws now include Texas, Virginia, Indiana, Tennessee, Kansas, Mississippi, Georgia, Ohio, Arizona, and North Dakota. New Hampshire and North Carolina plan to implement strict photo identification in 2015 and 2016, respectively, while Wisconsin continues to fight its photo ID battles in the courts.

According to the National Conference of State Legislatures, the developments are not all dreary. Leading up to the 2014 midterm elections, 11 states considered proposals to loosen restrictions or repeal voter ID laws, and five made it on the ballot.

Another sizable population cohort exists whose rights are defended far less often. Recently, the Sentencing Project estimated that approximately 5.9 million voting-age Americans will be unable to vote in this 2014 midterm election due to prior felony convictions. Nearly half of that total are formerly incarcerated individuals residing in the 12 states that continue to restrict voting rights even after the sentences have been served.

In Florida, the state with the highest rates of felon disenfranchisement, this practice keeps 10.4% of voting-age residents from casting a vote. In fact, the highest concentration of disenfranchisement rates is in the South. For example, 8.3% of Mississippi voting-age residents are not allowed to vote, followed by Kentucky (7.4%), Virginia (7.3%), and Alabama (7.2%). This is in stark contrast with states like Vermont and Maine, which allow felons in or out of prison to vote. Thirteen states and Washington, D.C. prohibit voting for those currently in prison or jail, meaning that former felons living there are allowed to vote.

So, get out there and vote today. Keep in mind that there are countless Americans who would gladly wait in line at the polling place or give up their lunch break in order to let their democratic voice be heard.